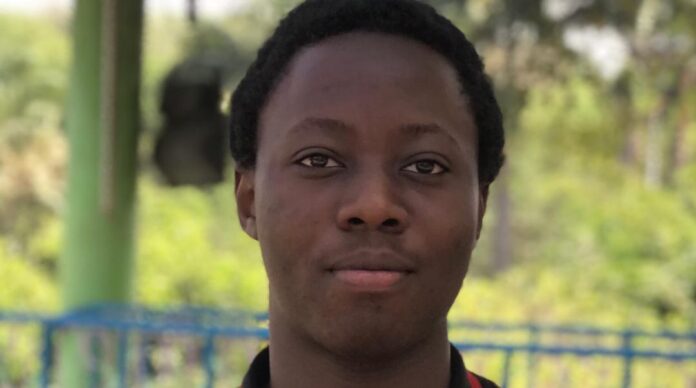 I really enjoyed the DanhyPro U-20 Chess tournament in Abuja.

I met a lot of brilliant people that I wouldn’t have met otherwise. We arrived late on the first day of the tournament, it was a 10+10 game and by 9:10, my time had run out which meant that the games actually started at the exact time they were supposed to (there was no African time).

My opponent sacrificed a bishop before move ten, to be honest, I was scared because that was something I would do, that bishop sac gave me an open file for my rook, I ended up sacrificing that rook for a counterattack, he continuously checked my king until it was almost at the center of the board, then he ran out of useful checks.

I pressured him so much so that his time ran out and I won as well.

I crushed my opponent for my fourth, but my opponent didn’t show up for my fifth game so that was an easy win-apparently he was a very strong player (they call him the great Callistus)

The following day, I played the young grandmaster, he was cute and full of life, I crushed him nonetheless.

My opponent was literally shaking, I sacrificed three pieces but I couldn’t find the continuation. Just like when frank James marshal played the attack for the first time after preparing it for 8 years, his opponent-the then world champion Capablanca defended the attack and won the game. So to, my opponent defended pretty well and I lost the game.

In my eighth game, my opponent had already given up, he had few seconds left, he gave a queen check and I went back inside, incidentally, I walked into a mating net and I lost.

In my last game, my opponent had a queen’s gambit set up and I trapped his dark-squared bishop in his wall of pawns but he got three passed pawns, I was quite scared, that was the toughest game I had played in the tournament.

I tried very hard to defend, I sacrificed a rook for one of the pawns, I had to play counter-intuitive moves to able to defend, he thought he had a back rank mate so he allowed me to get a queen but to his horror, he miscalculated.

I exchanged one of my queens with his and the rest of the game was just a simple puzzle.

Even though with the best play I could have won those two games I let slip right through my hands, I wouldn’t have been able to win the event because those on the top five were simply stronger than me, the difference in strength was too wide, and sadly there’s no luck in chess.

But I’m more than fired up to get stronger, I will definitely come back and crush them all.

#Mychessstory: My Love For Chess; How It All Started by Cassandra Mendie