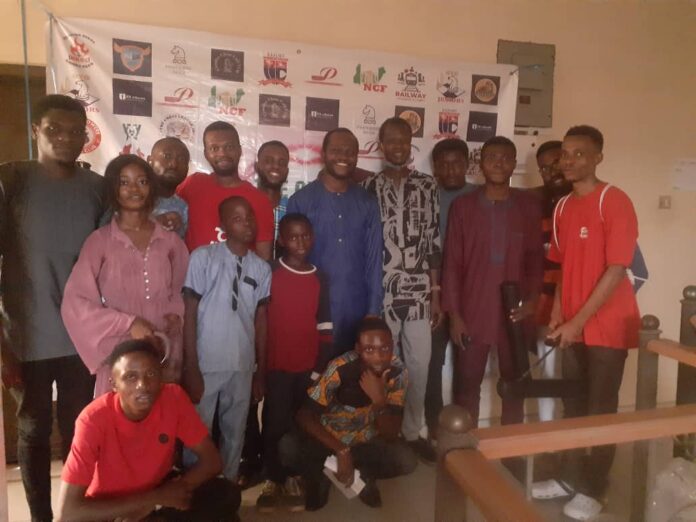 The city of Ibadan was once again immersed in Chess as The Chess League Ibadan resumed to full action on Saturday 26th, March 2021 after an extra week of break due to challenges with the venue. A new venue was secured– Awesome Chess Academy situated along Bodija-Ashi road, Ibadan.

Round 14 Games began by 11:00WAT with clubs impatient to devour one another, Prochess club was defeated by Gistcom Chess club 4-0, UI Chess club was bamboozled by Bamboo Chess Club 3-1, UCH and Railway held themselves to a 2-2 draw, BKGC Juniors triumphed over Oyo Juniors 4-0, IB poly were defeated by Blazing Kings Chess Club 3-1 while RAIA rooks enjoyed a bye.

Round 15 began after the birthday celebration of a chess patron in Oyo state, Mr. Adewale Delu who was present and sang for by everyone. The games commenced by 14:30WAT. RAIA Rooks C.C was defeated by UCH Chess club 2.5-1.5. BKGC juniors handed a 4-0 spanking to Prochess club.

The awesome weekend of chess rounded up on Sunday 28 th , with games commencing by 13:00WAT. UI Chess club suffered a third consecutive defeat of the weekend 3-1 to RAIA Rooks CC, Bamboo were deprived of a perfect weekend surrendering to the superiority of Blazing Kings Chess club. 2.5-1.5, the Locomotives-Railway Chess club was crushed by Gistcom Chess club 2.5-1.5, IB poly Chess Club was defeated by Oyo juniors 3-1, UCH Chess club and BKGC juniors stalemated 2-2 while Prochess club enjoyed a bye.

The results of the weekend clashes now leave BKGC clearly ahead with 28 points, RAIA rooks and Bamboo second and third with same 24 points, Railway following closely with 23 points giving UI a good gap with 18 points.

The League will be back with more mouthwatering fixtures.