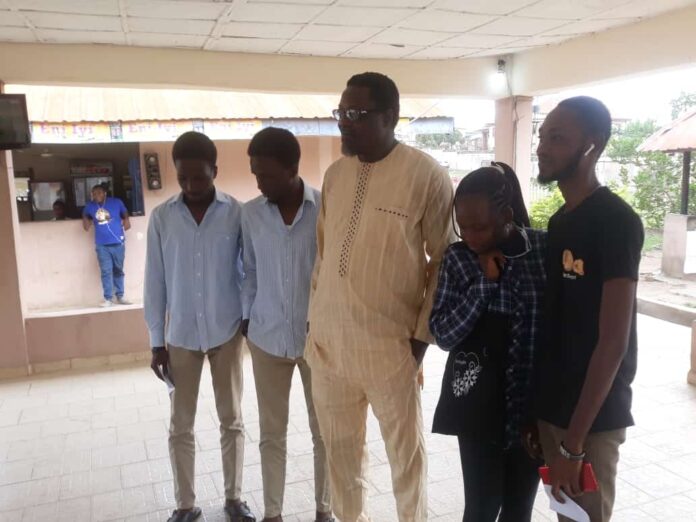 The First edition of the Dipo Akinyemi Chess tournament held on the 20th day of March 2021 at Solton Hotel, Ijapo Estate Akure Ondo State. This tournament held in honor of Coach Dipo Akinyemi, who has contributed so much to chess in Nigeria particularly chess development in Ondo State, it was 6 rounds rapid time control event using the swiss pairing system, Players from Ondo and Ekiti state dominated the event.

Coach Dipo Akinyemi addressed the players, he gave them few interesting and educative words of encouragement from his wealth of
experience. A total of 20 players (17 male players and 3 female players) featured in the first edition including Coach Dipo himself.

The Oyakhilome twins David and Daniel dominated this first edition from round 1 to 6 and it took the spirited effort of Daniel Oyakhiloma to stop Coach Dipo’s 3 games winning streak in round 4. In round 5, the duo of Oyakhilome David and Daniel both on perfect 4 out of 4 finally met in battle and David with the white pieces capitalize on an oversight by Daniel to deliver a fatal tactical
blow making him the sole leader on perfect scores going into the final round.

In the final round Omodiagbhe Heart Joshua with the white pieces drew with David Oyakhilome on board 1 while Daniel Oyakhilome had a draw with Oluwaseyi Oladimeji popularly known as ageless2 on lichess online chess platform. Bukola Fakilede (female) a promising chess amazon had a very good tournament and it took the efforts of the top board masters to keep the raging lass in control.

The event will be a quarterly event, the next edition will take place in June, a better and more conducive venue has been booked for the second edition, it promises to be bigger and better.