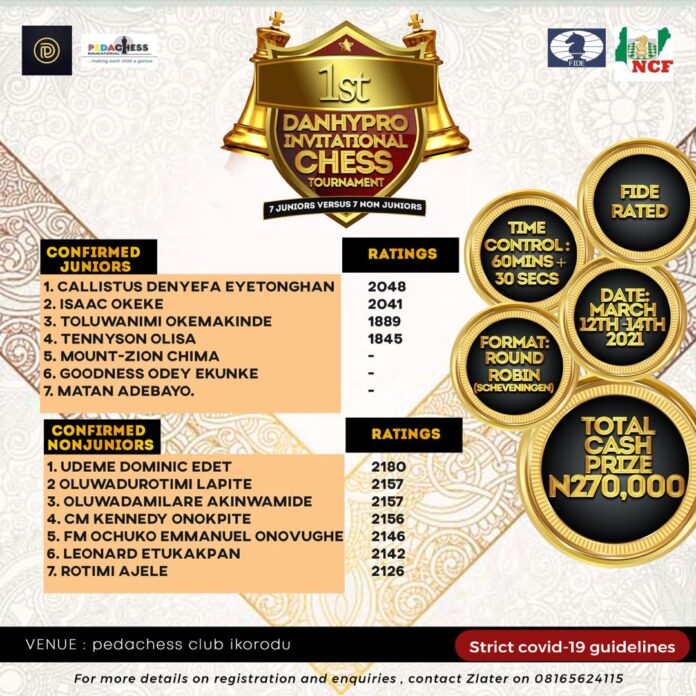 The DANHYPRO Chess Invitational was Indeed a remarkable tournament by impartation, the invitational event had a total of 14 participants matched in a Scheveningen style team event, consisting of 7 players representing the juniors and 7 players representing the Non-juniors (non-juniors in this regard refers to players above the age of 20 years old and with substantial achievements in pro-chess).

The average rating for the junior team was 1615, but of course, the objective of the event was to help develop Junior chess in the areas of ratings and more importantly, experience.

The Non-Junior team consist of the likes of

The first day of the tournament was a very fun and impressive one with the first round ending 3-4 In the favor of the Non-Juniors.

The most notable results of the first round are the games of Matan, Adebayo Oludayo vs Fide Master Onovughe, Ochuko Emmanuel.

We could say the non-Juniors were caught off-guard on the first round… Or maybe the Juniors did bring their A-Games. But as the final standing of the tournament shows, the young stars did brought their A-Games… As a result of the tournament, we should be expecting to produce an African #1 rated U14 player come April…