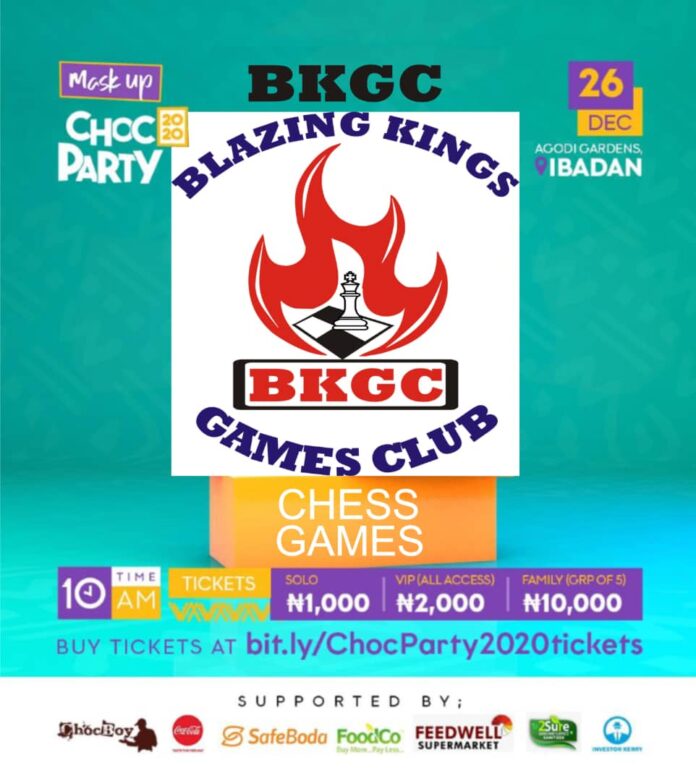 The event is usually held on Boxing day- the 26th of December on annual basis. The goal of the event is basically for fun and socializing with loved ones, friends, and Acquaintances during the festive holidays. Different types of games including board games like chess, scrabble and a few field games like volleyball amongst others are usually exhibited for everyone to participate freely. Blazing Kings Games Club had the honor of organizing the chess event this year and the turnout was quite encouraging.

The Club hosted three (3) categories of participants in the events. They are: Unrated, Female and U-17 categories.
A knockout playing format was adopted by the organizers to encourage time management and involvement of the players in other activities for the day.

The U-17 category consisted of Oyo state Silver medalist at the 2019 National Sport Festival Unilorin ( Alamu Kolade, Soliu Hassan, Adeleke Ridwan, Muftau Waris) including a few enthusiastic young players within the state.
It was a knockout format with a Time control 5+0 (Best of 2 games) which saw Soliu Hassan and Muftau Waris in the final with Soliu Hassan emerging victorious by 1.5 to 0.5 margin after playoffs.