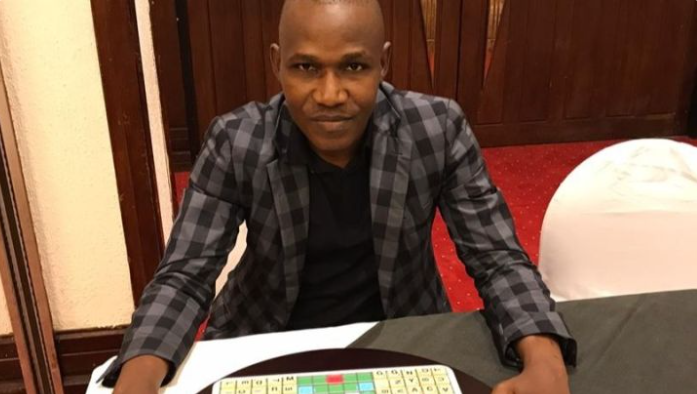 The only way to do great work is to love what you do. This is, in fact, true and evident in the career of the Nigerian scrabble champion, Wellington Jighere.

A glance at his profile shows someone who is very passionate about scrabble and has demonstrated it through hard work and relentless perseverance. He also has numerous achievements to show for it.

Wellington Jighere is a professional Nigerian scrabble player who became the first African player to be crowned World Scrabble Champion in 2015 after winning the World English-language Scrabble Players’ Association Championship (WESPA) in 2015. He won against Lewis MacKay, an English man from Cambridge UK, who is also one of the best scrabble player in four straight wins. Wellington Jighere is also a two times African Scrabble Championship winner in 2008 and 2010 and has also won so many national championships.

Wellington Jighere has received recognition and commendation from both local and international bodies. He indeed lives and breathe scrabble and has proven it so many times over, which was why it was shocking to hear the news of him quitting scrabble.

“So, yesterday was my birthday.

Birthdays for me are days of deep and sober reflection, and reflect I did. It’s getting clearer that I’m getting older and with such realization comes the need to re-evaluate ones priorities and goals. While I can boast of a few successes, failures have been many too. Well, such is life. The general goal is to have more successes or at least focus on succeeding at key areas while doing ones best to limit the failures. One cannot accomplish this without identifying what’s not working and hence putting an end to such.

After much soul searching, I’ve come to the conclusion that an end has to be put to the one thing that got most of you acquainted with me in the first place: SCRABBLE.

I can guess that you’re shocked but I’m sure you’d agree with me at the end of the day.

Professional Scrabble for me started almost 20 years ago in 2002. Since that time, I’ve sacrificed almost everything else to ensure that I succeed at this one area I chose to channel my energies towards. I sacrificed good grades in the University because I’d always prioritize scrabble over my academic pursuits. I sacrificed stable amorous relationships as there just wasn’t enough time left to devote to making such work. I sacrificed auspicious and profitable endeavors for the same reasons of having insufficient time to devote towards thriving at much else. If you know my story, it’s easy to say “at least you succeeded at your chief aim!” But the nagging question is: Was it all worth it?

Yes, I won National Championships, twelve of those actually, but was it all worth it?

Yes, I gained much popularity and the government of my country, Nigeria, recognized my feats severally but was it all worth it?

Now, I know a lot of you must be saying “What’s this guy talking about?” “How can it not have been worth it?” Just wait till I reveal another angle to all this so that we can all answer this burning question together.

You see, I live in an environment where it almost all boils down to how fat your bank account is. And boy, is my bank account lean!

Talking about unpaid prizes, two notable ones come to mind:

A friend of mine, Femi Iyanda, popularly called GM Femix, once referred to me as the poorest World Champion alive! Laugh all you want but he might be correct. If you consider that I was penniless, homeless, hungry and without something befitting to clad my nakedness as at when this jibe was made then he might be doubly correct. Subtract the bane of unpaid prizes and the story might probably not be the same.

So, yes! I am the poorest World Champion alive living in one of the poorest countries in the world. In my country, someone like me has one of two viable options: become a criminal like those who are responsible for my unpaid prizes or run away to an environment where you can actually make a decent living by engaging in an honest day’s job. It is not in my DNA to consider option one (although I’d be excellent at it). So, I guess I’m left with a singular option: relocate!

But then, I don’t have any money to do that at the moment, which brings me to yet another singular option: extract my money from the grip of these jackals!

Over the years, it has become abundantly clear that these people cannot be reasoned with so I guess the only way out is to go to war!

Over the next couple of days/weeks, I will be stopping at nothing to recover my moneys.

The last time I embarked on a similar crusade was in December 2010 and I ended up being banned from Scrabble. I remained in exile for three whole years before returning to the fold. Needless to say, I won the World Championship two years afterwards. Now, since the worst that these people in high places can do to take my career away from me, I’ve decided to save them the stress and retire to start with. It’d be nice for these folks to face someone with nothing to lose.

Mind you, I’m fighting for my very sanity here because it drives me crazy each time I think of having accomplished so much in my chosen career yet I have little to nothing to show for it.

Thanks for your time.”