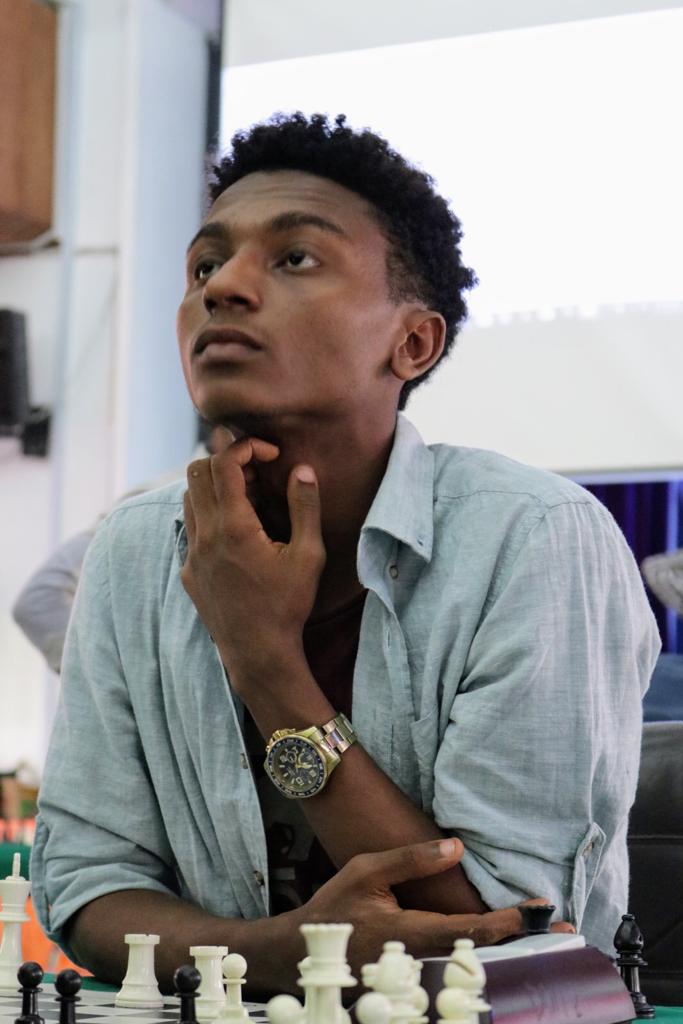 Dr Oluwalasinu Lanre speaks with the CEO of 64 squares, Master Tito Raphael, U20 Malogy champion to talk about how he got introduced to the game, the rise of online chess events and his aspirations of becoming a chess Grandmaster of sub-Saharan descent.

Dr: Can we meet you?

Titolee: I an Titoluwani Raphael, Malogy U20 champion and the CEO of 64 Squares aka Titolee. I won the Malogy Chess event at my first try.

Dr: Tell us how you first got hooked on chess.

Titolee: I started playing chess from my mum’s womb. (Laughs)

Titolee: Seems everyone in my family plays chess. My mum is WCM, FI, FA, Olabisi Rabiu.

Dr: Since everyone in your family plays the royal game, was there any point you hold OTB rivalry with your mum?

Titolee: Not really. (Smiles). She was my coach before she delved into chess administration.

Dr: Ok. Let’s talk about your university chess. The last WAUG was hosted by your school, UNIVERSITY of Port Harcourt (covered by @BruvschessMedia) which was won by you guys. How did it feel back then?

Titolee: Before WAUG was NUGA which I didn’t perform well. I was a bit reluctant and I was punished for it. At WAUG, we had the likes of IM Daniel Anwuli, FM Abimbola Osunfuyi, FM Eugene Unwana and others. Strong team. This gave me a good push. We ended winning the Team Gold medal.

Dr: Let’s talk about your brainchild, 64 Squares. What was your inspiration to start and how far have you gone?

Titolee: It actually started like a joke. January 2018, I wrote to Mr Babatunde Ogunshiku a year before this in his column. I always want to participate in online tournaments. So, a school friend of mine who always sent to play chess suggested we start an online events for him. And we hosted Emmanuel Nwala (@Manfromspain). It was on. There was no sponsor for the first edition. We had to pay winners from the registration proceeds. Like 8 players participated in that edition and we all had good fun. Something just told me to do that again the next month. Then sponsors started coming on board. The next one, no one sponsored. I had to already quoted 6,500 as prize money. I found a way to sort that and decided to keep doing it every month. We did 10 months in 2018. We got good feedbacks that spurred us on. And that’s our motivation.

Dr: What’s your take on computer chess? How has it been affecting chess players positively and negatively?

Titolee: Computers are good additions. But some players abuse it. It’s a good way to improve your play. You can check your analyses for correction and improvement. However some players used it to cheat which is really bad. But overall I will say computers has done more good.

Dr: On a final note, tell us about your ambition in chess and life.

Titolee: My top goal is to become a Grandmaster. Of course I do also plan to finish my academics in flying colors.

Dr: Its been nice talking with you. Looking forward to having you again in the near future.

Happy Independence Day Nigeria! 60 and Together