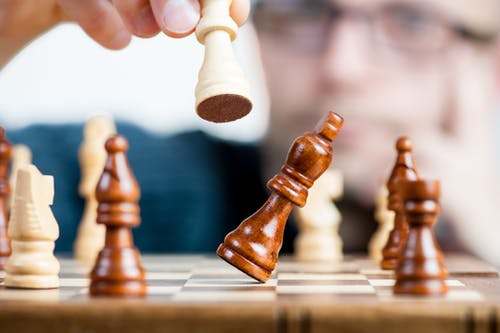 The Bayelsa State chess association celebrated yet again another milestone as its events continue to gain a vast spectrum of recognition locally, nationally, and internationally. FM Abimbola Osunfuyi ranked no.5 in the country, all the way from Oyo State, was our special guest appearance. This is in line with the BYSCA’s effort in putting its event on the global map in the coming few weeks.

Let’s give you a wrap up of how things unfolded at the Sampson Siasia Stadium on Saturday the 17th of October 2020. Here’s the main point…

1. The elite category has always been the focal point in all our events but this weekend, the visitor stunned “comfortable-masters” with an unexpected or unstudied style of play, before walking away with the loot at the end of 8 rounds. Young Gm as he is fondly called, smashed all who could carry a gun against him, not even the like of Koko, Bomo, Miedo, Douye and so on could stop him on his track as he finished off the days encounter with an outstanding 100% score of 8 out of 8 games. The home crowd would have expected a better result from their idols.

FM Abimbola has promised to make Yenagoa his favorite chess destination after witnessing the level of professionalism been displayed by players and organizers of the BYSCA weekly and monthly events.

2. We would not talk about some of our players in this week’s event because much was expected from them but the average! It’s sports, these things happen. Anyway, hoping on the visitor to drop points after his sad encounter, Miedo Denenu never lost fate round after round and as things turned out, he only got defeated once to the visitor and settled for second-best yet again with an impressive 7 out of 8 games.

3. 3rd position was a two-way tie. FM Kigigha Bomo had a better tiebreaker over 14-year-old Kere Alagoa all with 5.5 out of 8 games. Bomo dropped vital points to the visitor and the self-acclaimed ‘king of chess’ Donald Yakie. No back to back champion for him. Try again later Bomo..

4. The opens category is always not a guarantee for any particular player to dominate. This is why it is news that 14-year-old Kere shines. The lad who had to fight tooth and nail in all rounds outclassed several masters, notably was master Douye Asingbi who fell for the kid’s tactical play on the 8th and final round of the event. Kere has suddenly become an attraction to Nigerian chess weeks after coming out tops in the under 14 categories of the Danhypro virtual under 20 championship. Though teed-up with his coach FM Bomo, with 5.5 in 8 games, he grabbed the star-prize in the opens category.

5. All two other news-makers made it out of a 3-way tie for the 2nd and 3rd position in the opens category. They all scored an impressive 5 out of 8 games. 2nd place on tiebreak went to Mr. Bibo Lambert; This player, despite his busy schedule as the head of the department in the sports council has shown that the game is more inherent in him. Some elite can testify to that.

6. The ‘king of chess’ who for the 1st time outplayed coach Bomo, made the headlines this weekend. The Bayelsa -born monarch, his majesty, king Donald Yakie, the 1st in BYSCA finished 3rd, his kingdom is proud of him.

7. The junior category was keenly contested but, this time Marvelous didn’t make it to the honors list. 5 Players tied with 4 out of 8 games and they are; Deborah Quickpen(8years), Ebiakpo Treasure(10years), Abna Quickpen(5years), Hector Godswill(13years), and Shine Ekperi(12years). From the arbiter’s report, a tiebreaker separated all 5 players as follows:

2nd position was Hector Godswill, and

world chess governing body FIDE, and this will attract players from all over the country. Much will be expected from our home players as motherland can not be invaded in November.

We want to use this opportunity to thank our sponsors and supporters especially Mr. Miebi Dudiefa. Week after week and month after month, you have been there for us. We ever thank you enough.