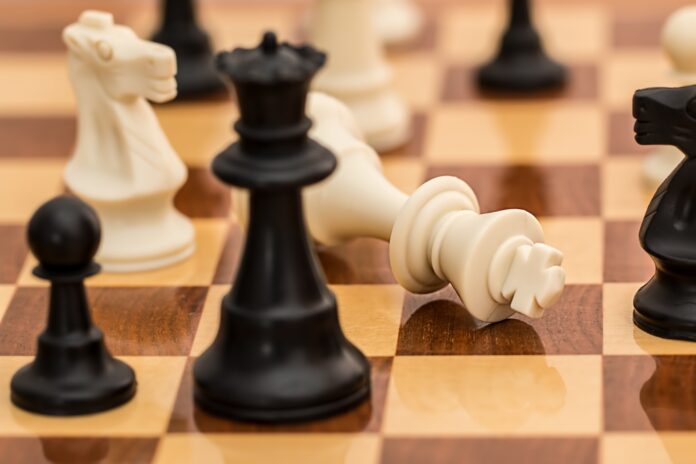 A thick line separates the boys from the men as dominant top 6 players in the state ranking show class.

Kigigha Bomo came back to his winning ways this weekend, after dropping a point to the September state champion, Inimo L. Kigigha in the 4th round. Though tied on points with Dr. Yinka Adesina, a better tiebreaker was all he needed to be crowned champion of the 7th edition of the weekly speed lane contest with 8points out of 9games

New-comer, Yinka Adesina is still saying something after been teed up for 1st position in the 6th edition. He held unto his cruising through round after round, after a sad round2 loss to Bomo. He is no doubt an Olympian. With his solid but yet tactical approach to the game, even Grandmasters get jittery when paired up against this Nigerian. 1st runner-up is how he finished with 8 out of 9 games.

Miedo Denenu finished in 3rd place. Not news anymore. Outstanding performance, yes! As they say… A thousand 1st runner-ups can never be called a champion. Fans out there deserve more from their star. 7Points out of 9games was his score.

Little wonder this category was once called the amateur category! Maybe because it owns to the fact that it can’t be dominated by just a particular player. There were sounds of joy in the podium when Mr. Bibo Lambert was announced as the champion for this weekend. The HOD who casually registered for the event pretty late on Friday described his triumph as Grace from the Most High. It was gathered that Mr. Bibo at some point in the tournament was contending with the elite players but of course, water will always take its level. Scoring 5.5 out of 9games was how he finished at the top of the lower category.

For the last time, he went home with the under-15 category prize. Is there any need to mention his name? Kere will now be either contending for the elite prize or that of the lower category. The congress of the BYSCA in a meeting held before this weekend’s blitz agreed that the Kere will no longer compete for the junior prize but to compensate the young man for his regular winnings, he will not be registering for future BYSCA events till he is 18yrs of age. This decision will in turn push the lad towards the necessary growth to face the chess world at large.

The tournament had a total participation of 28 players out of which 10players were u-15s. All winners have received their winnings in full and the tournament came to a close at exactly 4 pm following massive celebrations as Mr. Michael Ombu and Kigigha Bomo both marked their birthdays in front of cheerful chess players and well-wishers.

We want to use this opportunity to thank our sponsor Mr. Miebi Dudiefa for once again responding to our needs as a family. Sir in BYSCA, we love you and our prayers are always with you.

We hope to see you again on the 3rd of October 2020 for another weekend of speed chess. Thank you and God Bless!