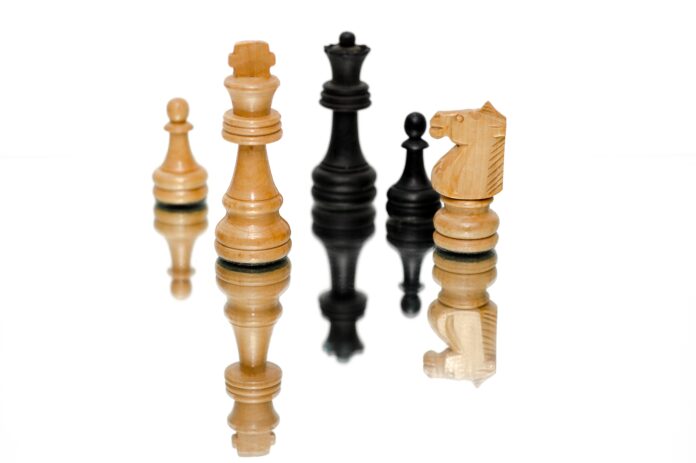 Inimo! Now unstoppable on the 64 squares.

It is no news these days as chess now becomes a tradition in the oil rich city of Yenagoa Bayelsa state Nigeria.

It was yet another Saturday, this time not the usual speed-lane contest (blitz) but rather it’s rapid play to determine the Bayelsa state champion for the month of September 2020.

Lots of upsets was witnessed this time around but of course a true champion knows no excuse.

The organizing committee of the Bayelsa State Chess Association (BYSCA) spiced up this month’s showdown by adding the amateur category for aspiring players and as such promoting certain players in the likes of the Kokos, Miedos, Douyes yours truly… Mr. Back-to-back with some other names too numerous to mention.

The following categories were keenly contested for and worthy winners emerged in style. Opens, amateur, female, and under-15.

1. It’s no news that Mr. Kigigha Inimo emerged the winner of this month’s encounter making it a repeat performance and proving to be a legend! He has thrown the challenge open to the vast majority of players in the state who would want to pick-up a career in the noble sports to work harder than they’ve ever done to be worthy contenders of the number1 spot. Yes! He did it this time again with 8.5 out of 9games. A new record he set after having a draw with the 1st runner-up who could have teed up for the 1st position but lost to ‘not in form Bomo’ in the 9th round to settle for 2nd best.

2. The 2nd runner-up is a beauty to watch month after month, and week after week. He should be a champ or maybe just that element of Luck? Only time will tell as he keeps on knocking at the gates of ‘chess-heaven’. Mr. Miedo Denenu is 2nd again for the 3rd consecutive month. All he needed was a win in the 9th round but Bomo had his eyes on a prize too and held nothing backstopping the “ways of the master” in his track in a typical Sicilian style. 7.5 out of 9games was his score and 2nd position was all he got.

3. If 3rd position is a curse, then ask those at the bottom of the final result sheet. It’s no news that Mr. Obele koko “father of the double knights” has found solace in there after celebrating the arrival of his 3rd child ( a beautiful bouncing baby girl). Not an easy task to assist in the labor ward and compete barely 48hours later and retain his position. In an interview with Koko, he urged his fans and well-wishers of his commitment to continually challenge the crown and that he is confident of snatching it off anyone who has ruled him out. With 7points out of 9games though tied up on points with Bomo Kigigha, emerged 3rd position with a better tiebreaker.

1. Ever-challenging Henry Awiya is the champion for the month. His tactical style of play paid off this time as he goes home with the loot and a gold medal. Congratulations to him for an outstanding result of 6.5 out of 9games.

2. One time junior, Joseph Alawari placed 2nd on the final list with a better tiebreaker. This young man has come of age. Underrate him at your own peril. He is a man of few words and loves to express himself on the board. 6Points out of 9games he finished.

3. Is he a veteran? Your guess is as good as mine. Find out from him when he puts your king in a precarious situation. Mr. Ogregade has sent out a notice of warnings to the unprepared juniors that age and work are not enough to stop him from proving his abilities when it comes to masterminding ruthless attacks on the enemy king. Congratulations to our senior player as he grabs the bronze medal in style. 6 out of 9games he finished.

1. The best female player went to our mother and the Queen of chess, ‘this side of the Niger’ Mrs Rachael Dappa. Her immense contributions have led the BYSCA to this day. Like she will rightly say ‘ chess is me and I am chess’. Congratulations ma’am! You are indeed a mother of all.

2. Not news that the under-15 prize always runs to him even after showing up late. Congratulations Master Kere Alagoa.