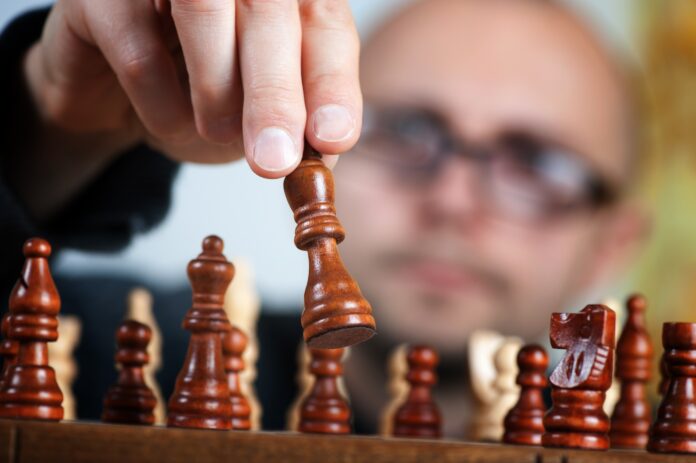 Streaming services, games, and screens of all types have gotten more action during quarantine, but according to data from Social Blade and several analytics firms, chess content on YouTube and Twitch has performed particularly well.

Chess videos have been watched more than 350 million times worldwide on YouTube since January, according to data provided to Insider by the platform, which they said showed a significant trend.

Some chess channels are gaining thousands of viewers per day

Chess channels have experienced great growth during quarantine on YouTube.

Kingscrusher, run by British chess obsessive Tryfon Gavriel, has seen gains of over 10,000 views per day.

Gavriel runs the chess website ChessWorld.net and stepped into the realm of online video after encouragement from one of the site’s members, who asked him to record videos on popular chess matches. He set up his channel in 2007.

He graduated from analyzing and recounting popular matches throughout history to live commentating games as he played them. Now Gavriel has 9,000 videos and 110,000 followers on his YouTube channel and said that interest has spiked during the quarantine.

Gavriel also said he has more people accessing his correspondence server, where he plays chess online. Players use the online platform to make moves in games across the world. “I’m playing a lot more people,” he said. “I’ve got over 3,000 current games now.”

It’s not just Gavriel seeing a boom from chess’s popularity at present. Hungarian grandmaster Anna Rudolf breaks out from the standard chess game analysis to more inventive videos for her 43,000 subscribers, including playing choker, a combination of chess and poker.

Chess is booming on Twitch, too

According to data from SullyGnome, an analytics partner of livestreaming services provider StreamElements, chess is booming on Twitch as well.

Chess is now one of the top 20 games streamed on Twitch, with the number of hours watched increasing from around three million in March 2020 to more than eight million in May.

Chess has always been a part of Twitch – which partnered with Chess.com in 2017 – but the platform has seen significant viewership increases since the coronavirus hit.

“Nothing compares with the rise it experienced in recent months when some of the top streamers, such as xQc, Reckful, and LIRIK, streamed it,” said Doron Nir, CEO of StreamElements. “While the chess community has achieved a lot of success on its own, this latest move illustrates the power of influencers to broaden the appeal of a brand.”

Coleen Cusack, a US Chess Federation-rated player who competed in the 1990s, has been a devoted chess watcher on Twitch since starting to watch after self-isolating due to COVID-19 in mid-March. “Twitch is a platform that has made chess appealing and accessible to persons who might be fans but who don’t know where to go and watch and cheer,” she said.

That’s something Jennifer Shahade, a chess professional who streams on Twitch, can identify with. “Chess works well on Twitch because there’s no hidden information, so you can play it in real-time or with a very short delay,” she said.

The streams also give viewers the opportunity to learn in a way that they wouldn’t elsewhere. “Chess at a high level is played on instinct as much as intense calculations, so it’s possible for titled players and champions to educate and entertain while the level of player doesn’t degrade as much as one may expect,” she said.

Narrating decisions made over the course of several minutes, rather than a quick-reaction button press as is commonplace in video game streaming, is possible in a way that it isn’t for gamers. That helps foster a sense of community.

It’s also glammed up the game and made it more accessible. Taking elements of the frenetic presentation of video game streamers that are commonplace on Twitch has made chess seem less boring. “It packs a certain level of energy that watching a long, slow chess game between two grandmasters doesn’t offer,” Cusack said.

Cusack believes the pandemic has benefitted chess because “everyone has more time.” Professionals like Shahade and Alexandra Boatez, who also stream on Twitch, hosted a tournament for women that gave ordinary people the chance to play against grandmasters. Cusack took part.

“While competing, I didn’t have time to worry about the pandemic,” she said. “It’s been a huge escape and release for me.”

That’s also why Kevin Allocca, head of culture and trends at YouTube, believes the game has done so well on the world’s biggest video sharing platform. “Chess works surprisingly well on YouTube because both creator and viewer can be active participants as events unfold, learning, discussing, and, in some cases, playing along simultaneously,” he explains.

“And the variety or skill levels catered to means the experience can be somewhat personalized to the viewer’s proficiency. That this serves as something of an antidote to the isolation of lockdown has attracted new fans to this already vibrant community.”

That’s what Shahade also thinks is behind the amazing surge in chess watching online. “Chess is a great game for our moment, as it’s a way to keep our minds occupied and challenged during these very strange and often devastating times,” she said. “Chess allows us to connect through so many ages and cultures. No one should be left out and it’s wonderful to see so many new aficionados, as they can learn so much about art and history through the ancient game.”