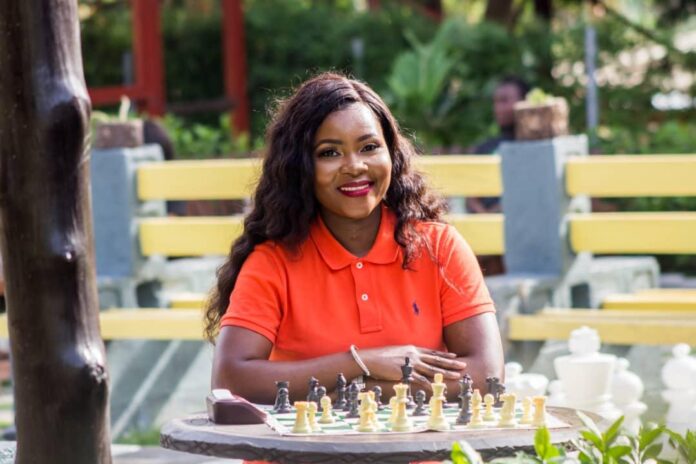 Every chess player has a story of what or who inspired them to learn chess. This is my story and I hope it inspires someone.

I have always heard about the game of chess but I’ve never had the opportunity to touch or learn the game. In 2009, which was my first year in the university, I stayed in the midst of good male chess players that played on a daily basis. I was the only girl in their midst and I wanted to learn the game by all means but they refused to teach me.

They probably thought, because I’m a girl, it was a waste of time. I was challenged and I made up my mind to learn the game; in a bid to prove to them that, “what a man can do, a woman can do better”. So whenever they played, I would sit and watch closely while learning the moves (unknown to them).

I started practicing on the computer and that was how I learnt how to play chess. I didn’t study or read about moves, and the theories of chess. I just watched how the pieces moved and started playing by what my opponents played.

So one day, I challenged one of the boys to a game and he laughed and said, “if you win me, I will quit playing chess in life”. I took the challenge and guess what? I won him 3-0 straight! He was shocked 😳

I didn’t even remember what I played, but I know I didn’t play by the rules. That was one of the happiest days of my life!

I learnt how to play chess by just watching people play and also practicing on the computer. I don’t know the theory of chess yet and probably not a master, but one thing is sure – I’m a tough player on the board.

Chess has really impacted me in many ways. It has taught me how to strategize, make good decisions, manage my time and so much more.

I’m a good chess player but I still have to learn the rules, theories, tactics, psychology of chess to become the best.

Determination and commitment will help you become a good chess player.