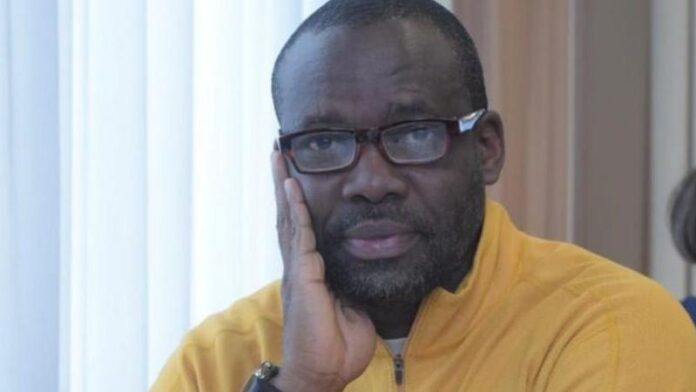 Top Nigerian chess player Oladapo Adu has said he is “traumatised” as he remains stranded in Abidjan, Ivory Coast, 12 weeks after being stuck outside his home country as the border closed for the coronavirus lockdown.

He has been stranded in the Ivorian city since 24 March, when flight restrictions and a spate of border closures brought in to contain the pandemic left him stuck as he attempted to return home from a tournament.

He is currently staying with friends of another competitor from the tournament, Ivorian Simplice Delgundo.

“This is so traumatising and demoralising – I am living with strangers in a strange land,” Adu told BBC Sport Africa.

Adu had travelled from the USA to Freetown, Sierra Leone where he represented Nigeria at the Zone 4.2 Individual Chess Championship which ended on 20 March.

But by this point the coronavirus outbreak had become a full-blown pandemic, leading to the ban on flight travels by countries and the closure of borders.

Unable to connect a flight from Freetown to Lagos, Adu embarked on a road trip to Lagos – but was not allowed into Ghana at the Ivory Coast-Ghana border by Ghanaian police.

“The coronavirus had been in the news but not serious to stop the championship from going on,” Adu explained.

“Suddenly, the situation heightened and we had to end the championship on the 20 March. My return flight was scheduled for 22 March but Air Cote d’ivoire cancelled all its flights due to the pandemic.”

Adu had been looking to cement his place as Africa’s top chess player. He holds the record as the only player to have won the championship back to back.

But he said he is “disappointed and broken” with the treatment he has received from the Chess Federation and the Nigerian Government.

“I left the USA to Freetown to represent Nigeria and this is all I get for it – nothing,” he said.

“This is a tournament I have won twice in the past. On record, I am the only player that has won this tournament back to back.

“I am disappointed and broken. I have to control my emotions – I have so much bottled up in me.”

The journey by road from Freetown, Sierra Leone, to Abidjan took Adu three days. He embarked on that trip with a Ghanaian and an Ivorian who both competed at the Chess Championship.

“It took us three days to reach Abidjan from Freetown by road,” he explained.

“The Ivorian stayed back in Liberia while the Ghanaian and I proceeded to Abidjan and on to the Ivory Coast-Ghana border.”

While the Ghanaian player was let into his country, Adu was restricted from crossing into Ghana and was escorted back to into Ivory Coast by the Ghanaian Police. The situation got complicated as his luggage got missing at the border post and he is yet to be reconnected with it.

“Simplice has done so much for me and has been of great help – I would have been on the streets with nowhere to go without him,” Adu said.

He also claimed to reach an agreement with the Ivory Coast Chess Federation president to provide a monthly sum of $200 to Adu for his upkeep.

“The situation is beyond our jurisdiction as a body,” said Lekan.

“I met with the board and we concluded that as a Federation we can only ensure he is comfortable while stuck in Abidjan.

“Ivory Coast Chess Federation president provides $200 for his monthly upkeep. If that is not enough, he should let us know.”

But Adu insisted he has not received such money from the Ivory Coast Federation President Essis Essoh.

“I have not received any money from the Ivory coast Chess Federation President. The NCF president had a meeting with his board members but nothing came out of it. They have done nothing to alleviate the situation.”

Ivory Coast Chess Federation President has also affirmed Adu’s claims; he said he was not directed to provide a $200 monthly sum to Adu, but instead only made a one-time payment of $172 to Ivorian Chess player Simplice for the upkeep of Adu while he stayed at Simplice’s place.

The Nigerian Sports ministry is yet to respond to questions from the BBC.