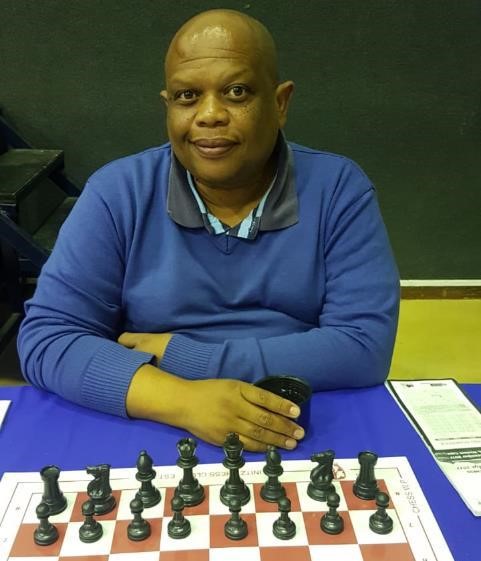 Missed the first part? Click to here to read.

Moderator: Would you say that chess growth in Africa is satisfactory? Where would you want to see improvement?

The first step for Africans is to understand, we need to solve our problems ourselves. It is very important. It will not happen on its own so, when you say to me, is chess developed in Africa? I will tell you, what my answer is. It is not even started because we’ve never had this conversation before.

Till we have this conversation, till we start talking as Africans, and sharing information, for example, somebody in West Africa must share how they became successful, it doesn’t matter in what, ….’’ become successful in putting chess in the schools’’, that information must be shared. Someone must have information in terms of training, and so on.

We have to share the information we have to compare the environment that we are living in because we have a vast continent of course, and a very rich continent by the way. And then, we have to start to say well, “what is it that we can do?”, …, ‘’how can we support each other?’’

For example, in chess, before Grandmaster is an International Master, in Africa, we have many international masters, so, what should we try to do? We should try to raise our rating and our strength. We should try to get our rating to at least 2400, a lot of us… because to be a grandmaster you have to have 2500 ratings. Then when we get 2400, the next talent that comes, they will find it easier to jump to 2500.

But at the moment we have many of our international masters at 2200, so the next, the next talent jump only to 2300. They are still 200 points short of becoming grandmasters. Because of how the brain works, you can only compete and you can only beat with what is close to you. So, this is the problem that we are having in Africa. Our ratings are too low, and we need to come up with ideas of how we can raise them.

Now we have a unique opportunity and the arguments that we used to have, they don’t hold water anymore. I know that is going to be one of your questions leading down the way but you know, but we can now start to organize events online, we can start to organize training sessions online, playing matches online. If it is random, nobody will have time, but if we do this collectively and we have a vision, then we will know where we are going and put in the time. But the first step is to talk about it.

“…In chess, you have to train your brain to think at a certain level”

Moderator: You are an international master and the moment, are you still aspiring to be a grandmaster?

Respondent: Yes I am still aspiring to be a grandmaster. Well I have been trying to become a grandmaster for many years and I think I’m not a grandmaster not because of ability, it is just situation. I will make an example. 2000 I think it was a very big success for me, besides the African Championship.

You have to understand one thing, time is very important. Chess is a discipline. It’s something you can compare to a physical sport but you can also compare it to Mathematics. So for you to be able to play at a certain level, you need a lot of practice so that you make fewer mistakes. You have to train your brain to think at a certain level.

At the moment, it is quite difficult especially in lockdown, because, I’m married, I have a beautiful wife, and have two small children, who are now learning from home because of the lockdown. Then I have my private classes that I take. So, the problem is time but it’s not the ability, but I believe that as long as I am breathing, I will aspire to become a grandmaster.

I will however become a grandmaster quicker if Africa solves its problems faster. Steve Biko was a political figure in, in South Africa He, he was heading what you might call, ‘’Black Consciousness Movement’’ and he said “the most powerful weapon that the oppressor can have is the mind of the oppressed” At the movement, unfortunately, many Africans, they don’t have their minds. Many Africans across the continents, their minds are in the hands of the oppressor.

This is why even if we can see what is logical, and what should be done, it is difficult to get it started because, there would be a lot of Africans who would block it, subconsciously. I don’t know what to call this, but we need to go past that. And as regards your question of being a grandmaster, yes, I still want to become, a grandmaster and I think I would become one.

“…online chess is a big opportunity, but I’m afraid we (Africans) are going to miss it.”

Moderator: Back in 2001, at the FIDE World Championship Tournament, you defeated GM Peter Leko, at that point, the grandmaster was seeded number five in the world. How would you describe your victory?

IM W.K.: Yes, it was. I play at a very high level in this game, which is within me, but there were a few lucky things. I will put in place something which could be interesting. The first round when I played him, there were several challenges. I played him in two games, I lost the first game. Then I won the second game. Challenge number one was that I had not played over the board for 6 to 7 months, because I was in South Africa, I was training and eh, and unfortunately fund-wise, I did not have the funds.

Before a tournament like this, you need to go and get yourself warm, like a warm-up event. I needed to go and play some tournaments, for some warm-up tournaments but it was not possible, because you know, this is expensive and there is no support. So I did not play 6,7 months. That was the first challenge.

The second challenge that I had, was that I was an ‘’outsider’’. When I mean “an outsider” I don’t mean racial issue, its an issue of competition. When players of a certain level play specific tournaments they tend to know each other and have some kind of friendship. So when you get there, you are already feeling like an outsider, because everybody knows each other, they are telling stories, and laughing, you understand? It’s a group, it is not racist, it’s just how it is.

But anyway, when I was in eh, in Moscow, in the second round, going to the tournament hall, something extraordinary happened. What happened was that GM Nigel Short was sitting in front of me. (We had met briefly in South Africa some years back).

He turned around and we started talking. We talked like old friends. Being a very funny guy, we shared jokes and laughed. It was nice, basically, and the first thing was that my nerves were and I felt more welcomed. So I was in a good spirit and this contributed to my victory. Another thing was because it was a FIDE event, everything was taken care of, food, money, and where to stay. So I did not have ’outside issues’’ that I normally have. I was able to focus on playing. And when I played, I played full strength and I managed to beat him.

Moderator:: Online chess has boosted so much during this COVID19 pandemic and in the light of this we’ve seen so many tournaments that have been played online. How do you think this would affect the chess world? Do you think this is a positive thing or do you think it will affect it in any other way?

IM W.K.: I think it’s extremely positive. But again, if you think about it again, Africa is left out. Why? Because Africa again is not doing anything. No one is coming up with any ideas. No federation has, as far as I know, has organized anything from Africa. It’s an incredible moment now.

We can have matches, Nigeria against Egypt, against South Africa, against Zambia, and so on without traveling. It’s an opportunity that the rest of the world has taken and we are left outside.

Yes, you are right, online chess is becoming big, but I would ask you, what is changed in Africa? Nothing.

They are always talking as if they are representing the interest of the players in those countries. What are they doing now, what is it that they are thinking about? so, this is the issue.

So on the answer online chess, it is a big opportunity, but I’m afraid we are going to miss it.

Moderator: So, if you were to say one thing to the chess federations in Africa, to the organizers, what is that thing that you will say?

IM W.K.: I would say, number one, everybody must go and think. Don’t come and tell me half-baked ideas that you had from the west. They would not work. Those ideas, do not come from Africa. All these nonsense that Africans like to do to make themselves look intelligent, they will not work. So what I would say is that the Federation of Africa should unite. Step number one is to Think! T.H.I.N.K!. I don’t have the answer because that is not my role. We are extremely intelligent if we choose to use our minds. But let us use our minds.

The answer is not going to come like this (snaps his fingers). No! We have to sit down write it down, jot it down, think! What can happen? Take time, think about it in many times, where should we start?

This type of thing does not need money to happen. It needs the will of the African to try and get his mind back. We are in a trance and we need to break out of the trance for crying out loud! Something has to happen, and people have to start talking.

The third and last part of the interview will be uploaded soon. Do you have an opinion? Drop it in the comment section below.