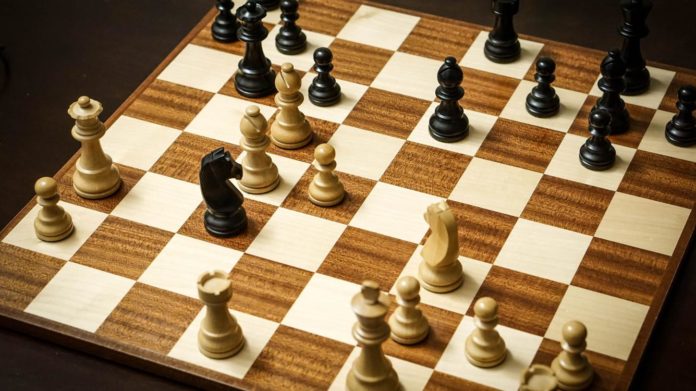 How can online chess overcome cheating? A ChessTech debate established the legal problems, a professional set-up for serious competitions and three institutional solutions. For starters we heard cautionary tales what happened in other games, writes Conrad Schormann.

“Playing Backgammon for stakes online was pretty much destroyed by cheating”, remembers Albert Silver, a Chessbase developer and journalist based in Rio de Janeiro. Fifteen to twenty years ago cheaters started to apply computer assistance in ever smarter ways. Players became wary, then hesitant to play online. Nowawadays hardly anyone plays Backgammon for stakes against somebody they don’t know and trust according to Silver.

The cheating issue is different in the growing esports industry that overlaps with chess on the streaming site Twitch. While cheating endangers the competitive side of chess, gaming has an ambivalent attitude to it. Silver shared the story of Fortnite professional Jarvis Khattry. The teenager demonstrated on his Twitch channel how easy it is to apply bots when playing the popular autoshooting game. Instead of fixing the loopholes, Fortnite producer Epic Games banned Khattry. To which Sanjoy Banerjee, product manager at chess24, reacted: “In chess, we should regard people who can help with their knowledge as friends instead of banning them.”

Fifteen to twenty years ago cheaters started to apply computer assistance in ever smarter ways. Nowawadays hardly anyone plays Backgammon online for stakes any more.

Kenneth Regan, a computer scientist from the University at Buffalo and the world’s best-known chess cheating detective presented the “predictive analysis” as he calls his side of the investigation: “We treat chess as a multiple-choice test basically.” Regan’s method is pure statistics.

Salomeja Zaksaite, head of FIDE’s Fair Play Commission and a research fellow of the Law Institute of Lithuania, calls for stronger evidence in order to avoid false positives, player who happen to accidentally find a lot of moves that are also the first choice of the computer. She mentioned that eyetracking can be used as an indicator that a player is not immersed in the game but is getting assistance. However, eyetracking requires the consent of the competitors.

The cheating detection methods of the platforms are already quite sophisticated, but sharing them in detail would only help potential cheaters.

Lichess Administrator Theophilus Wait emphasized that the cheating detection methods of platforms are already quite sophisticated. He said that they included numerous metrics and statistics, but sharing them in detail would only help potential cheaters. “That would make our job harder.”

Vince Negri, a gamification consultant, presented what he considers a reusable set-up for players in serious online competitions. Players should invest for anti-cheating measures – like they already do in over the board chess where they can’t roam freely during games, aren’t reachable via phone and pay for arbiters and other officials with their starting fee. The photo below shows how a standardized setup for serious online tournaments could look like.

Does it have to be a high-tech solution? According to Zaksaite, FIDE plans to let participants of future competitions sign a clause that they accept to be expelled if their play appears highly suspicious. This alone would have a deterring effect. But it’s not something FIDE or a national federation could introduce without an organizational structure behind it.

Regan added that a “centre of knowledge” within FIDE is required which organisers of over the board and online events can use: “They need to have their own focal point besides me.” Everyone agreed that institutional steps are due to ensure fair competitions online, especially since the hosting platforms are increasingly not the themselves the organizers.

Sanjoy Bannerjee from chess24 and ChessTech editor Stefan Löffler suggested the establishment of an ombudsman that can deal with players when they feel they are treated unfairly. Also, a cooperation of all platforms may have an effect. A ban on one site coming into effect everywhere automatically “would send a strong signal” according to Wait. However, several legal issues have to be ruled out first.