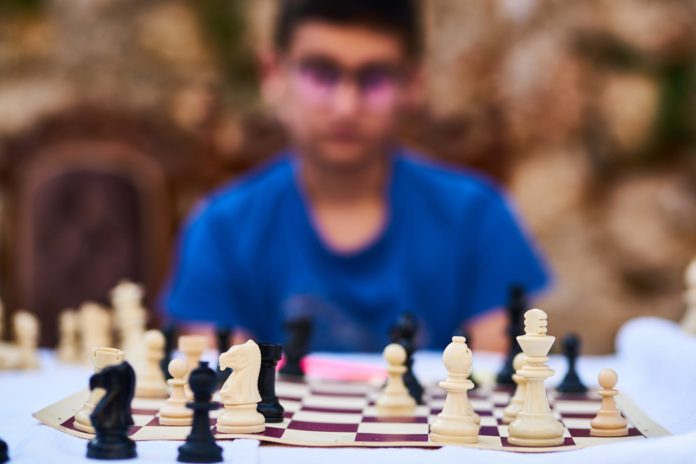 There are many life skills a child can learn while playing chess. Here are the reasons moms should consider having their child learn chess.

Let’s be honest – your child would rather play a game of basketball outside, or some video games, or scroll through social media. Chess is a game that takes a long time to finish, with slow but critically thought out moves and lots of strategies involved. Is your child ready to sit for a few hours and plan out how to move some pieces on a board to win? They better be, because chess can improve children’s lives in multiple ways.

For a majority of people, chess is just another board game. Not many kids want to be part of the chess club, but what we don’t realize is that chess plays a vital role in education in many parts of the world. It has been implemented in schools as a mandatory “subject” to learn, Armenia being the first country to do so.

This implementation resulted in claims of parents seeing a difference in their children’s behavior, such as improved patience levels and fewer tantrums. In addition to these, here are some of the benefits of your child learning how to play chess.

It’s not a hidden benefit that chess can help your child focus better. The game is one that takes time to make critical decisions, forcing the player to be calm under pressure, while focusing. This in turn could reflect in daily behavior through focus on other activities such as studying, chores, and reading. Additionally, it encourages patience and lesser tantrums, just as the game does when playing calmly under pressure.

Chess is a game of every action has a reaction – a consequence. This is something that your kid can either learn subconsciously through the game or something you can explain to them through the game. However, this does not mean actions have bad consequences only. Chess is a game that involves good and bad consequences, based on how well thought out the strategy is. Therefore, this is a valid opportunity to explain the bigger things in life such as college, undertaking hobbies, and being responsible.

For example, a rushed decision in chess could lead to a potential loss. You need to think critically and analyse all actions, potential actions, and reactions before you make your move. This concept  can be used to explain choices in life. When making an important decision, don’t rush it. Take your time to analyse the result of every action, and then make your choice.

The concept of winning and losing with grace can be taught through any sport. But the sense of calm that chess entails can help strengthen the concept as your kid’s reaction will be less frustrated. Additionally, it also helps reflect on what could have been done better by analyzing moves and creating new tactics. This is also something than can be applied to real life situations.

WHILE COMPETITION IS A GREATMotivatingFACTOR, IT IS IMPORTANT TO LET YOUR CHILD KNOW THAT LOSING IS OKAY. EVEN IN SCHOOL, IF YOUR KID COMES SECOND, THIRD, FIFTH, OR TENTH IN CLASS OR IN A RACE, IT IS OKAY. THE GAME OF CHESS WILL HELP THEM UNDERSTAND THAT THEY CAN FIGURE OUT HOW THEY CAN DO BETTER NEXT TIME. APPLY THE SAME RULES OF LEARNING FROM THE LOSS OF THE GAME TO FIGURING OUT WHAT THEY CAN IMPROVE TO DO BETTER NEXT TIME ON A TEST.

This ties in with the point of consequences. When you are able to problem solve and plan ahead, with time and practice, you become better at it. This applies to both the game of chess, and in life. Helping your child realize the consequences of their actions makes them analyze situations more to make more responsible decisions. More importantly, it helps them take responsibility for their actions as well.

Chess is a game that uses many tactics – strategic thinking, focus, analytics, patience, problem-solving, and planning ahead. A German study claims that chess players are able to use both hemispheres of their brain, thus increasing brainpower.

The game also plays a key role in brain development through the growth of dendrites, which are tree-branch like extensions of nerve cells that conduct brain signals. An increase in dendrites can help a person to think and process information faster.

With all of these benefits of learning and playing chess, your child will be able to use the tactics they learn through this game and apply it to life. These abilities will not only help them make critical decisions throughout life but also help them succeed in their own ways. Patience, perseverance, critical thinking, and humility are some of the most important aspects needed to grow in life.

If you want your kid to learn chess, try it out. But if they are not interested, there’s no point in forcing it upon them. The benefits may be aplenty, but it is also important that just like in chess, they make the decision of learning on their own.

Up Close and Personal with IM Watu Kobese Part 1

Tunde Onakoya, the Founder of the “Chess in Slums” Initiative Shares Amazing Story