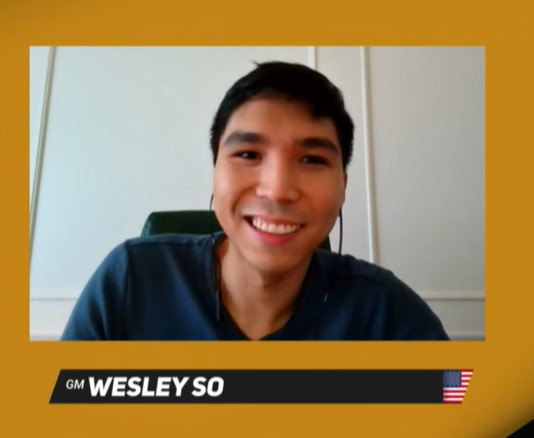 The first edition of the Clutch Chess Champions Showdown, organized by the Saint Louis Chess Club, concluded on Friday. Four American Grandmasters Battled for a $100,000 Prize Fund. Wesley So became the winner on tiebreaks after he and Fabiano Caruana scored nine points each throughout the twelve games. The first criterion to break the tie was the number of wins in “clutch games”, with So getting two wins to Caruana’s one.

“I am so happy right now to win the first ever Clutch Chess tournament. Today was up and down but I am so relieved on the final outcome as in a two-game blitz match anything can happen.  I’ve had the opportunity to play some of the strongest players, Hikaru Nakamura and Fabiano Caruana, in this new tournament,” said So.

The exciting knockout format led to unexpected and uncompromising play throughout the tournament, including:

“Despite this unprecedented time and the inability to hold in-person tournaments, we’re passionate about continuing to innovate and bring new opportunities to the world of chess, not only to the players but also to the fans,” said Tony Rich, Executive Director of the Saint Louis Chess Club. “We’re thrilled with how the first Clutch Chess tournament went and are excited for the upcoming Clutch Chess International scheduled for June 6 – 14, 2020 and expanding to an international field with eight players.”

Compared to other chess tournaments, Clutch Chess featured a different type of prize breakdown and scoring. Bonus money of $10,000 was awarded to players who delivered victories in the clutch games in each match, while drawn clutch games rolled the money into the end of the match. This new prize structure means the final two games could be worth as much as $30,000 for a victory – as much as the first place prize.

“We were extremely impressed by everyone’s enterprising and aggressive play throughout the Clutch Chess tournament,” said Ashley. “I was most definitely in awe of how Wesley So showed so much heart to come back and win after losing a devastating game eight.”