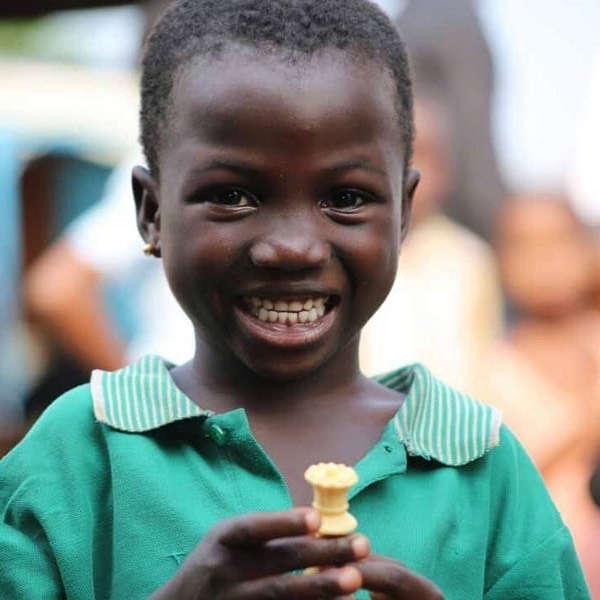 Tunde Onakoya, the founder of the “Chess in slums” initiative in Nigeria, shared this amazing story on Twitter:
⠀
“It all started about two years ago when I walked into the slums of Majidun Ikorodu in Lagos with a chessboard and a pocket full of dreams. I wanted to introduce chess to vulnerable children living in slums. It was my way of giving them a new kind of leverage as most of them couldn’t afford to go to school.
⠀
It was on this day I met Basirat – a five-year-old girl who kept tugging at my trousers to give her a chess piece to hold on to. We introduced the kids to the game and took memorable pictures. I felt fulfilled when I got home on that day.
⠀
It was supposed to be a one-off thing as I didn’t have the resources to sustain the training. But I couldn’t get my mind off the particular picture of this girl holding on to a queen with the most beautiful smile in the world.
⠀
I went back to the community. When I found her, I lifted her into my arms and asked her what she wanted to be. She said “Nurse” with a deep Yoruba accent. Such lofty ambitions for a little girl who had never seen the four walls of a classroom, I thought to myself.
⠀
I was greatly inspired so I wrote about my experience with the little girl who dared to dream. The story went viral. Someone reached out and offered to sponsor her through school. It was the best news ever! We made out to share the good news with her parents and realized they were living in abject poverty.
⠀
We enrolled Basirat in one of the best Montessori schools in Ikorodu. She had to start from the foundational class so she could learn to read and write. It was the beginning of her journey. After all in chess, a pawn could march on to become a queen.
⠀
The Chess in Slums initiative was birthed. I made a resolve to pursue this dream of using chess as a tool to help other children find life-changing opportunities.”
⠀
Two years passed. The project grew and strengthened. Over 100 kids were successfully trained and 13 children are currently on livelong scholarships.