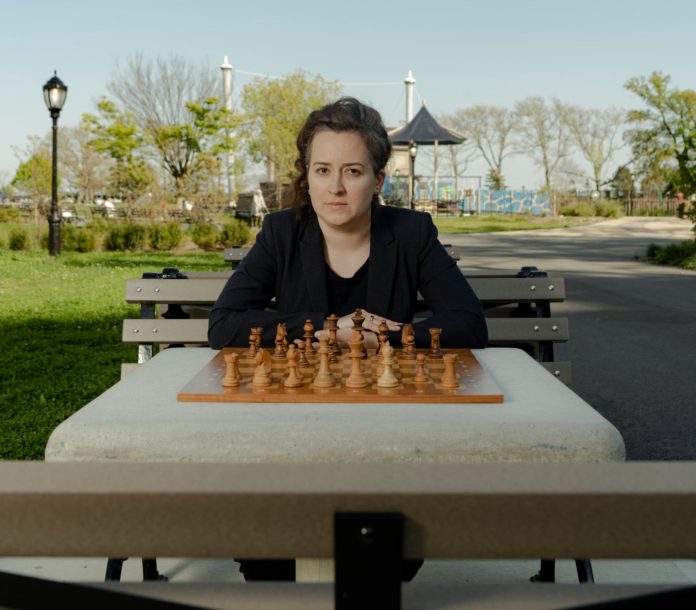 As she endured a difficult recovery from Covid-19, the grandmaster Irina Krush thrived in competition and found familiar support from others in the game.

Many of those who fell were sharp characters, too. More than a few had been toughened by life in the former Soviet Union. But they welcomed the little girl with a ponytail, even though she often demolished them on a chessboard.

“I was so small I would sit on my feet so I could reach my opponent’s pieces,” Krush, 36, recalled recently in an interview from her home in Brooklyn. “But from an early age, the chess world was a welcoming place for me. I felt like those people always rooted for me.”

Almost 30 years later, that is still true. Krush grew up to become one of the stars of American chess, the only woman to earn the title of grandmaster while playing for the United States and a mainstay at international competitions in her prime.

Then, in March, word spread in the chess world that Krush was ill. She had contracted the coronavirus and was suffering badly. Most did not know what Krush had been through until afterward, when she discussed it on her Facebook page. She spent two nights at Community Hospital in Brooklyn — not far from where she played chess as a child — and only weeks later did she start to feel significantly better.

A popular player known for her aggressive style and outgoing nature, Krush received a flood of support once friends and fans learned of her condition.

“We were all so worried and devastated,” said Jennifer Shahade, a longtime friend and chess rival of Krush’s who wrote the book “Chess Bitch.” “She’s a great hero of American chess, and there was a real outpouring in the chess community.”

During her long recovery, Krush played chess, and did well, too.

She tied for first place in Isolated Queens II, an online women’s tournament organized by Shahade in response to the pandemic. Krush also played a central role in helping the United States to a runner-up finish this month in the first Online Nations Cup, a team event involving most of the top players in the world.

“Without her, we never would have finished second or made it to the playoffs,” John Donaldson, the captain of the U.S. team, said.

That would have been high praise for any player, but especially for one who weeks before had wondered if she would die alone in quarantine.

Krush started feeling sick on March 12, a full 10 days before nonessential businesses in New York State were ordered to shut down. Her symptoms faded within a couple of days, but on March 17 she developed breathing problems.

She went to an urgent care center the next day. With no cough and only a moderate fever, she lacked some of the symptoms that, at that time, were the most easily recognizable signs of Covid-19, the disease caused by the coronavirus. But a doctor there was concerned that her shortness of breath might have been an indication of blood clots in her lungs. She sent Krush to an emergency room, where she tested positive for the coronavirus, and the hospital promptly admitted her.

The state had fewer than 3,000 confirmed cases at that point, less than 1 percent of the current number, but Krush said she could already see the signs of stress in the emergency room.

“The doctor hadn’t gone to the bathroom in like six hours,” Krush said. “They were getting overwhelmed.”

The hospital released Krush after two days — not because she felt any better, she said, but because more serious cases were coming in.

She returned home, still feeling miserable, but somehow played in theinauguralIsolated Queens event two days later. On March 22, though, she developed more severe breathing problems that left her in agony. She could barely sleep, and could do so only when sitting upright to alleviate the pain in her chest.

Fearful that she might not survive, she reluctantly returned to the emergency room that night, and again the next night.

“I didn’t want to just die at home alone,” she said.

In the days that followed, Krush began to think about how her ordeal had mimicked the trajectory of a difficult chess game and how everything she had learned through chess was helping her now — like staying calm, moving quickly in a difficult situation to prevent further damage and maximizing her chances.

“It’s not just a disease,” she said. “It’s a life trial. Chess players know what it’s like to be in a bad position, to suffer. I realized it was going to be a long game, with no easy victory.”

Krush was born in Odessa, Ukraine, on Dec. 24, 1983, the daughter of bookkeepers who dreamed of life in the United States. Her father, Boris Krush, was a college chess player and taught Irina the game. When she was 5, the family moved to the United States in a wave of Jewish emigration from the U.S.S.R.

Eventually they settled in Sheepshead Bay, and Irina attended P.S. 254, where she learned English, and later Edward R. Murrow High School. But most of her time was spent playing chess around the world. At 6, she won her first tournament, at the Marshall Chess Club in Manhattan,and took home a $20 check. She now teaches at the club.

A year later, she represented the United States in Poland at the world youth championships for girls under 10, and received the prize for being the youngest player. Donaldson, who was at the tournament, recalled that when Krush won a game, her father would toss her in the air and catch her, to Irina’s delight.

Pretty soon, Krush became too good to play against other children, and her father began taking her to Asser Levy Park, just across Surf Avenue from the boardwalk. There were no women playing there, and for some it might have been an intimidating environment.

“Not for a little girl who was used to it,” Krush said. “In chess, your skill level paves the way for you.”

At 14, Krush became the youngest U.S. women’s champion, winning just weeks after the start of her freshman year in high school. She won six more U.S. titles, including four straight from 2012 to 2015. At age 29, she earned grandmaster status from FIDE, the international chess federation.

In recent years, her primary focus has shifted from competitive chess to teaching. After her last class at the Marshall Chess Club before getting sick, a student told Krush she wanted to avoid taking the subway home for fear of the coronavirus.

It was the first time, Krush said, that she even began to consider the implications of the disease in the United States.

She became ‘the unsung hero.’

In April, when the Online Nations Cup was announced, Krush was eager to play, even though she still felt lingering effects of Covid-19. Chess, unlike many other competitions, is uniquely positioned to succeed online, and without the added stress of travel, Krush felt she was physically and mentally prepared to play.

She had some difficulty breathing, especially if she talked for prolonged periods, and that made teaching a challenge. But staring at an online chessboard and concentrating on the game she loves? She could handle that.

Krush joined a team stacked with stars like Fabiano Caruana, the No. 2-rated player in the world, and Hikaru Nakamura, a master of speed chess.

Because Krush had been devoting more time to teaching than competing, many thought she would be the weak spot in the U.S. roster. The margin for error was thin. If her team was to advance, Krush could not lose the majority of her games.

Things did not start well. Krush lost her first game on May 5 and, worse, immediately went back to the urgent care center, reporting more chest pain.

But as her health improved, so did her chess. She played nine games over all, six of them ending in a draw, one with a victory. Though the results may sound modest, they were exactly what the U.S. team needed.

“If you look for who was the unsung hero, it was definitely Irina,” Donaldson said. “She punched well above her weight.”

Helping her country advance to the final against China was immensely satisfying for Krush, whose final game ended in a draw against Hou Yifan, the four-time women’s world champion.

A week later, Krush reported feeling much better, although she still reports soreness in her chest. But with those victories in hand, she has contemplated refocusing her life, again, this time away from teaching and back to competitive chess.

After all, the world of chess has always welcomed and supported Krush, in times of triumph and misery.

“I do feel like now is a good time,” Krush said. “If the chess life is all coming online and there are going to be good tournaments, I should maximize my chances.”