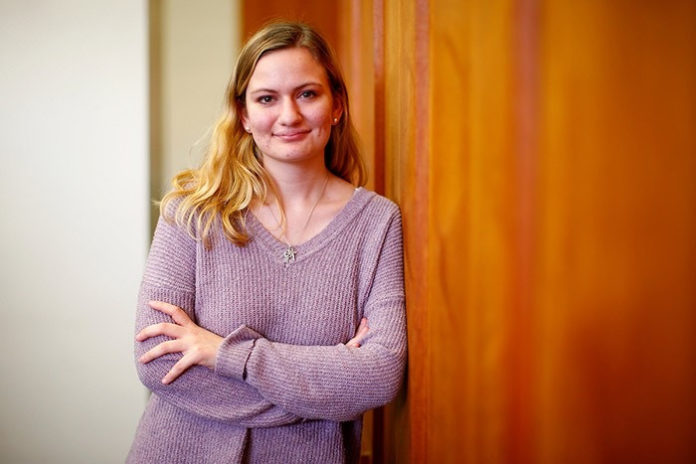 Ashley Lynn Priore is the Founder, President, CEO at Queens Gambit. She shares her chess story and the inspiration behind Queen’s Gambit, empowering communities and supporting young women.

I started playing chess at four years old. I was upset when my brothers were the only ones playing. Chess was and continues to be a male-dominated game. I will never forget my sister and I learning how to play and being frustrated we didn’t have the same opportunities as our brothers in scholastic chess. Why should boys learn and play this game and not girls?

As time went on, chess became a staple in our young lives. It seemed as though every weekend we were competing in tournaments with hundreds of other scholastic players, concentrating on the chess board for hours. We were homeschooled growing up, so we had the opportunity to implement chess education into our daily curriculum. Chess strategy taught me to practice decision-making on a chess board and move responsibility yet creatively.

At the age of eight, I taught my first chess class. I loved competing, but teaching sparked something new, different, and exciting in me. I considered, “How do I teach students the way I wish I would have learned?” To me, this meant creating a comfortable, safe, and inclusive environment to express and empower youth. I didn’t want a young girl to feel alone like I did, playing in a room with hundreds of boys and lack of representation.

As I was teaching more young women to play, they told me how empowered they felt. While some young women went on to be strong competitive players, others used the skills that chess taught them to impact their own lives. The power of mentorship through chess was influential in establishing my nonprofit organization, Queens Gambit, while in high school. At Queens Gambit, we teach chess to the community and ensure every child has access to the game through a 21st century approach to education. I was one of the few chess female chess instructors in the area.

Now, about six years, later, I’m still at it and using the game to solve society’s biggest obstacles. In 2019, Queens Gambit Chess Institute formed a sister organization, Queens Gambit Inc., a social enterprise using strategy consulting to solve society’s biggest obstacles. Founded on the belief that chess is a catalyst for change, Queens Gambit encourages communities and individuals to use strategy tools to navigate the future. With long-lasting partnerships, we are a network of changemakers in the larger movement towards a critical thinking world.

Chess helps me thrive because it teaches strategy skills that support my aspirations and goals in life. It is a platform for practicing life through critical thinking, decision-making, concentration, and being able to adapt quickly in changing situations.

I believe in a future where strategy and critical thinking are at the forefront of every initiative, project and development in the United States and beyond.