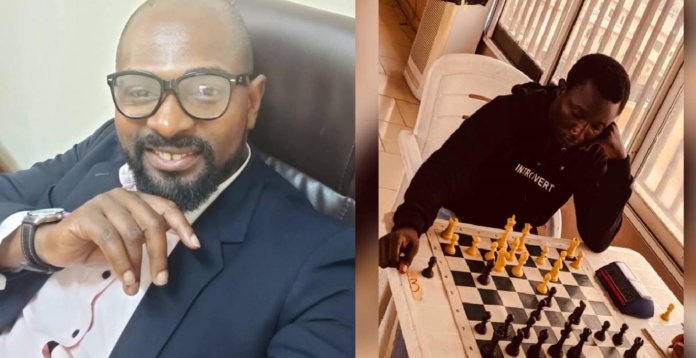 Nigerian Chess Amateurs Online tournament came about after seeing the trend of winners in most online tournaments during this pandemic period in Nigeria where mostly the strongest players in Nigeria win virtually all the prizes available and leaving no hope to the upcoming to a larger extent.

Some people can never be professionals in this game of chess because of many limiting factors like e.g work, responsibilities, time etc. The World governing body of chess FIDE also saw this and created the world Amateur Chess tournament which happens every two years.

National Arbiter Oyeleye Olawale, who won the best tournament director of the year 2017 & 2018 courtesy of TheJohnFawoleAwards (the leading chess award organization in Nigeria) contacted some chess enthusiasts and sponsors to help make this a success.

The first Nigerian Chess Amateur Online Tournament with a prize fund of N36,000 had over 40 participants who are rated 2100 below (lichess Blitz rating to the specific). Michael Christopher Cole (Mikerivers) won this edition while Sanni Temitope (pinre01) and Oladimeji Lawrence (ageless_2) came second and third respectively.

The second edition thanks to Mr. Yinka Adewole, Mr. Magnus Ekpiken and Ms Ayokanmi Ajayi, the prize fund increased to over N50,000naira. Adeyimika Adetunji (Deyimika-blow who came 8th in the first edition) was clear first this time around, while Oladele Oluwole (thegate) came second and Igboecheonwu Clinton (Jonbellionfan) came third.

We looking forward to the third edition which we hope will be better than the first two. Question is, who will emerge victorious in the 3rd edition?

Up Close and Personal with IM Watu Kobese Part 1