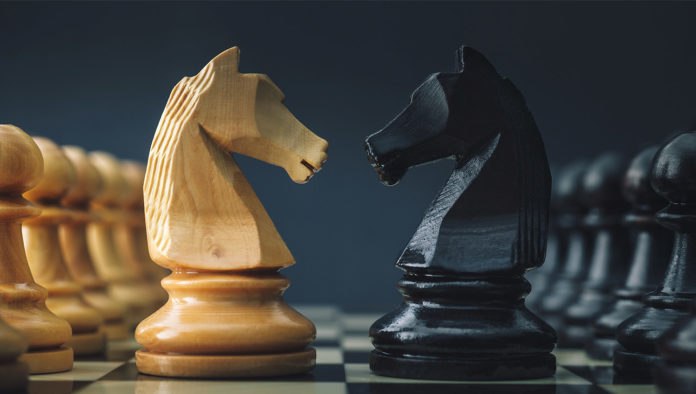 This is one interesting story.

Hey there, So pretty much like the title says my wife won’t talk to me because I won at a chess game with her. Bit of a backstory: My wife loves chess and has participated in a lot of chess tournaments in the past. She has a FIDE rating of around 1600-1700, don’t know quite well(a governing body of chess as I’m told). Anyway, she often asks me to play a game with her and obviously I always lose. She sometimes forces me to take back my move and make another because she thinks my move is too stupid and wants me to make another one. So, fast forward to yesterday. She tells me she’s bored and would like to play a game. I agree and we get started.

Timer set to 15 minutes ( those things where you bang on one side and the other player’s timer starts ticking). We’re playing and for the first time since we’ve been playing, I see an opportunity. I was sure she would see this as she always sees my intentions in the game. But surprisingly this time she didn’t and I ended up winning her queen. I kid you not, the look of anger/surprise when I reached my hand out to take the queen from the board. She then resigned the game. That’s when the fight started. She started telling me how she was angry and embarrassed that she lost to me and she could win against me blindfolded and couldn’t believe she lost.

She then started rearranging the pieces and started the timer and made the move and demanded I make my move. I was stunned. I haven’t seen her like this while playing chess. Anyway, me being a dumb ass, wanted to gloat that I finally won, so I told her I didn’t want to play and was going to go read a book and she should practice more ( I meant that as a joke) . She went mental. Long story short, she slept on the couch, wouldn’t talk to me and now I’m sitting here asking strangers on the Internet for advice. So my question is how should I make up? I’ve been thinking of asking her to play another game and letting her win but I feel that’s not going to cut it. PS: I’d just like to state my wife is a very loving and caring human being and I love her very much. She’s supported me a lot. I’m not asking for advice on how to break up. Just want to know the best choice of words to say to her.

Update: Hi again, I just wanted to thank everyone for their advice and opinions. I asked my wife if we could talk yesterday and she said she wanted to talk to me too but thought I would be angry and waited ( I did act a bit offended initially when she refused to talk to me and when i realized she planned on sleeping on the couch). I asked her what she wanted to say, this was the gist of it: she apologize briefly for some of the stuff she said during our arguments. She said she was feeling depressed lately and her mood was fluctuating a lot and she basically felt unproductive.

So when I beat her(in chess), she was angry at herself at that moment because she apparently had spent a lot of time reading books on chess as a hobby and felt bad for losing against someone that didn’t know how to castle before she taught it to me. The nail on the head was when I said some comments making fun of her at the time, she thought I called her stupid and all the time she spent was wasted or something similar. So yeah, she didn’t talk to me because she thought I was mad at her after that and I could tell she regretted some of the stuff she said in her moment of anger.

I said i wasn’t angry although I was a bit taken aback and I wouldn’t make fun of her chess again but also told her that she should tell me if she was frustrated next time. We didn’t talk much about the incident after that and moved on but I’m definitely done with chess (part of me wants to hold on to my victory, I’m a kid as well sometimes). That’s that. In the end, it turned out to be a small incident but thanks for taking your time out to everyone that commented.