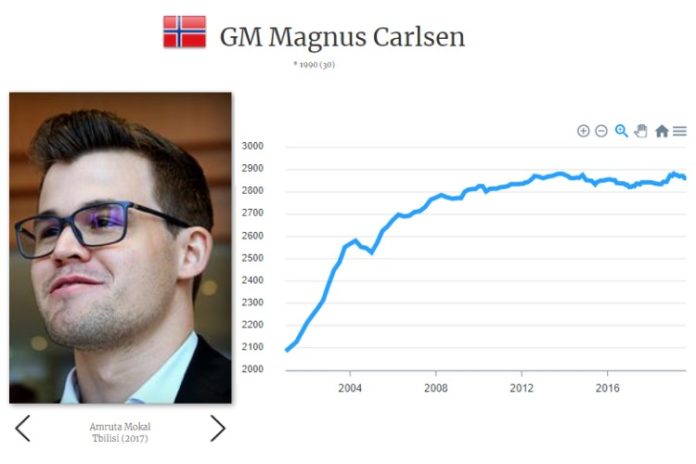 It is very unlikely for any over-the-board action to return before July or August, so we expect to see this list repeated at least a couple more times. Magnus Carlsen and Fabiano Caruana are the only players that entered the pandemic with a 2800+ rating, while 35 players are rated between 2700 and 2800.

The last top event to be included in the official rating list was the Candidates Tournament in Yekaterinburg. Out of the eight participants, seven of them are currently in the Top 10, as the only “outsider” is wildcard Kirill Alekseenko.

The Ruy Lopez is one of the oldest openings which continues to enjoy high popularity from club level to the absolute world top. In this video series, American super GM Fabiano Caruana, talking to IM Oliver Reeh, presents a complete repertoire for White.

Most of the top women players were supposed to finish the Grand Prix series in May, but they will also have to wait for things to normalize before finding out who gets a spot in the next edition of the Candidates.

Alireza Firouzja is not only the strongest under-20 player in the world but also one of the strongest online players overall, as he has proven the last month or so.

The world’s best girl is Zhansaya Abdumalik from Kazakhstan. She has a 19-point lead over Chinese Zhu Jiner.