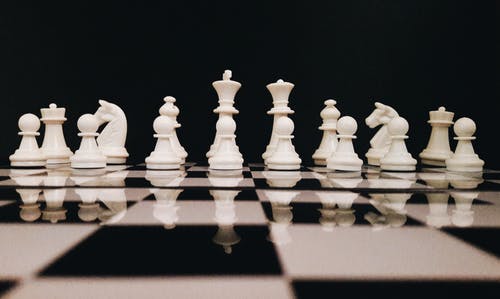 Chess has made a resurgence during the coronavirus lockdown with millions of Brits consigned to their homes and parents are increasingly turning to the game to aid home-schooling. Thousands of Brits are turning to online chess to help beat self-isolation fatigue.

The ancient game is proving so popular, leading websites and apps have reported sign up increases of 400 percent. Chess.com  who has more than 1.5 million UK members says the number of people registering to play has been “bonkers” with thousands joining each day.

A campaign to get one million children playing chess during lockdown has also launched by Chess in Schools and Communities. The charity is offering free Gold Memberships to coaching app  chesskid.com  for all primary school children until mid-July. Parents are now being encouraged to add chess to homeschooling plans to help children stay mentally focused while schools stay closed across Britain.

“Parents will be keen for their children to make the best use of their time at home and chess is a great activity to be involved with. “Chess is known to help with pattern recognition, logical thinking, and planning ahead, and some schools have already adopted it as part of their curriculum. “There are many opportunities to play online on various chess playing websites where you can play individual matches against other online players, or join one of the many online clubs to take part in tournaments and team matches.”

Chess’s popularity has skyrocketed thanks to a string of celebrities including Anthony Joshua, Miley Cyrus, Bill Gates and Arnold Schwarzenegger who are all keen players. Last month The Terminator legend amazed fans by tweeting a picture of himself playing chess with pet donkey Lulu, saying: “She’s not the best chess partner but she’s getting there.”

Liverpool star Trent Alexander-Arnold is also a huge fan of chess, having played World Champion Magnus Carlsen in 2018. The England right-back revealed he takes his chess set with him whenever away with the Three Lions, and is known to play against Tottenham midfielder Eric Dier.

Chess commentators say World Champion Carlsen has made the game ‘cool’, further adding to the game’s popularity. The Norwegian Grandmaster has proved a hit on social media for live streaming games where he has played with a secret identity against unsuspecting opponents often cracking jokes about their moves. Carlsen is currently hosting the richest online tournament in history, where eight players will battle for a share of a £200,000 prize fund.