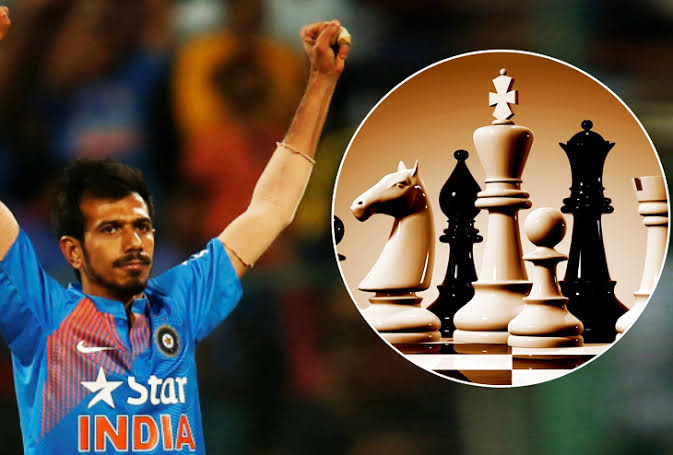 Yuzvendra Chahal, (Indian) was a former professional chess player before shifting his focus towards cricket. He is currently a regular face in Team India.

However, he also had the honour to represent the country in World Youth Chess Championships. The 29-year-old spinner has now opened about things which learnt from the chess that helped him in cricket.

Chahal is the former national Under-12 chess champion. He was a great player and his name is also listed on the World Chess Federation website. But, due to more inclination towards cricket, he left chess midway.

Chahal has so far played 52 ODIs and 43 T20Is in which he has accounted a total of 146 wickets across all the formats for Team India after making his international debut back in 2016.

Yuzvendra Chahal goes back in time

In a recent interaction, Yuzvendra Chahal said that chess has taught him to be patient. And, it has indirectly helped in cricket. Chahal also recited the fact that there was a time when he had to chose one sport between chess and cricket. So, he had no choice but to pick cricket as he was more interested in playing cricket.

“Chess taught me patience. In cricket, you may be bowling well but you may not get wickets. Like in a Test match you may have bowled well in a day but not got wickets but you have to come back the next day so you need to be patient. I had to choose between chess and cricket. I spoke to dad who said the choice was (yours). I had more interest in cricket and opted for it,” Chahal said as quoted by Hindustan Times.

The Indian spinner was all set to play for Royal Challengers Bangalore in Indian Premier League 2020. But, BCCI postponed it to mid-April due to Coronavirus outbreak. Currently, Chahal is spending most of his time with family in self-quarantine after PM Narendra Modi announced 21-day lockdown in the country.