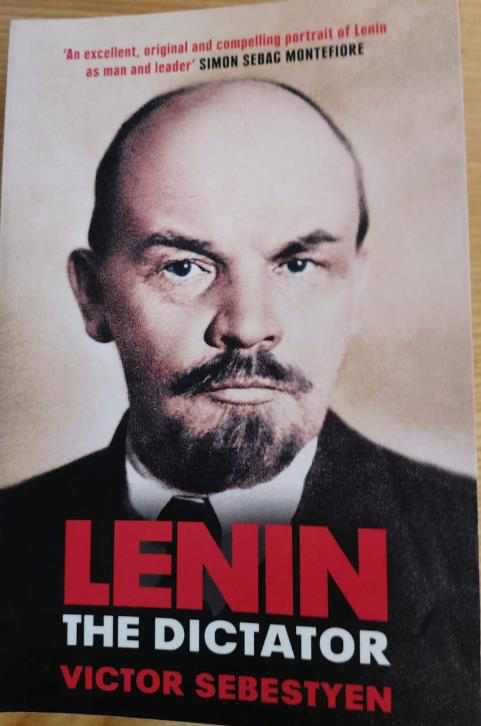 I dedicate this reflection to those who have a have a birthday this week. Happy birthday!

I studied History up to matric level. Our teacher at school, the late Mrs. June Udemans, was our class teacher for three years and I was her favourite student! I think I started loving history when my late mother, Ruby Bouah, brought home one day a history book. I was about ten or eleven and of course I didn’t know all the words, but I was fascinated by the stories of Marco Polo, Julius Caesar and other historical figures in the distant past as the history book only contained ancient history. I was hooked and decided that history will always be with me.

In matric the history course for the year was the period 1924-1948. I don’t know how these periods were chosen but it meant that we studied Russia and in particular Stalin’s five year plans and a history of South Africa which consisted of the rise of trade unions who had leaders like Clements Kadalie, the founding of the African National Congress Youth league in 1944 and of course the South African politicians like Jan Smuts and Hertzog who were important figures of the time.

Now the guy who we missed by a whisker was Vladimir Ulyanov popularly known as Lenin. He loomed large in Stalin’s life and of course in those heady days of the early 1990’s we read Marx, Lenin and other political works. I however never had an opportunity to read the story of Lenin. I bought a biography on his life a few years ago but didn’t get around to reading it. In 2018 a new biography called Lenin the Dictator was released and in March 2020 I bought the book because it had some matters which I found interesting!! Please stick with me as I go through some matters because you will see soon why I am writing this under a chess note!

The blurb at the back of the book states the following: “The cold, one- dimensional figure of Lenin the political fanatic is only a partial truth. Drawing on extensive material that has only recently become available, Sebestyens’ gripping biography casts an intriguing new light on the character behind the politics. In reality Lenin was a man who loved nature as he loved making revolution, and his closest relationships were with women. He built a state based on terror. But he was a highly emotional man given to furious rages and deep passions. While never ignoring the politics, Sebestyen examines Lenin’s inner life, his relationship with his wife and his long love affair with Inessa Armand, the most romantic and beguiling of Bolsheviks. These two women were as significant as the men- Stalin and Trotsky- who created the world’s first Communist state with him.”

Vladimir Ulyanov was born on 10 April 1870 in the town of Simbirsk, which the author Sebestyen describes as “a small provincial town on the slow-moving River Volga 900 kilometres south east of Moscow.

Sebestyen states on pages 36-37 that the game Lenin loved throughout his life was chess. He was taught by his father from an early age on pieces that Lenin’s father had carved for his children. Lenin’s father was no mean player in Simbirsk, but son Vladimir was soon beating him and his older brother regularly. Lenin became a serious chess player who could give the top names in Russia a decent game.

In a footnote on page 37, the author notes that at school Lenin was good enough to play simultaneous chess against several opponents at once on a number of chessboards and he nearly always won all his games. His wife Nadya said later that “some games obessed him to such an extent that he used to rave in his sleep.” She once heard him calling out at night,” if he moves his knight there, I’ll counter with my castle.”

On page 44 the author recounts that Lenin’s sister Anna wrote the following many years later, “One day at home the two boys were playing chess (Lenin and his older brother Alexander). Maria Alexandrovna asked Vladimir to fetch something for her from the adjoining room. Vladimir replied petulantly that perhaps she could wait until the game was over. She asked again- and his reply was downright rude. Alexander raised his voice, something he seldom did. “Volodya (addressing Lenin). Either you go right now and do what Mama says or I won’t play with you anymore”. Sheepishly Vladimir did as he was told. Sebestyen notes that the older brother was later executed by the Tsar and this was a big factor in Lenin’s fierce opposition to the regime of the Tsar.

Sebestyen on page 68 states that Lenin struggled in legal practice because he hated lawyers. He found a position with Andrei Khardin, around 1891, with whom he used to play chess by correspondence when he was living in Kazan three year earlier.

The author noted on page 104 that after Lenin and Nadya were married in exile in Siberia that they continued to have a Christmas vacation and had some wine and did fun things and Nadya even recalled Lenin battling away at the chessboard. After Lenin had served his time in exile (his wife still had six months of her exile left) he left for other cities. Between 1-3 March 1898 the Russian Social Democratic Workers party was formed as the first avowedly Marxist political party in Russia. This was the forerunner of the Communist party. In July 1900 Lenin was allowed to leave the country as the secret police argued that he would be less trouble outside of the country.

Sebestyen notes on page 107 that the first time Vladimir Ulyanov used the name Lenin was when he sent a letter in January 1901 to George Plekhanov. He wrote his first book under the name N. Ilyin and a long list of articles under seemingly random initials or partial names such as K. Tulin, L. Karpov, F. Petrov, PU Staryk, and K.T.S Pinyuchev.

Lenin then travelled and stayed in various cities around Europe including London, Paris and Geneva. There were many Russians staying all over Europe. In the early years of the last century a split developed in the party and there were now two factions one called the Bolsheviks and the other the Mensheviks. Lenin was firmly a Bolshevik. Within the Bolsheviks according to Sebestyen (page 195) a new split started developing. Alexander Bogdanov started developing new ideas that tried to fuse Marxism with a kind of mystic spiritualism designed to appeal to Christians and religious people. Lenin did not like this new theory at all.

In April 1908, Lenin at the invitation of Maxim Gorky, a famous Russian writer, visited Capri in Italy where Gorky was staying.

Gorky invited Bogdanov also. The three men had plenty to talk about and also found time for some chess. Gorky recalled on page 197, “Lenin played chess with Bogdanov, who once managed to beat him” ( I found the following picture of Lenin playing against Bogdanov in the book The complete Chess addict by Mike Fox and Richard James ( Faber and Faber 1987 between pages 104 and 105)

According to Sebestyen, Gorky said that he took the loss badly and was in a foul mood afterwards. But this is the only record of Lenin being a bad loser in chess. Others said he was a perfect gentleman at the board, win or lose, and he was always happy to talk in a friendly way afterwards about the game. On this occasion it might have been more about the opponent against whom he lost.

The only game that we have a record of is the following one against Maxim Gorky. Lenin essays the four pawns variation against the Alekhine’s Defence.

Lenin has just played 24. Ne6. What did Gorky play?

He essayed 24. Qg3 threatening mate and after 25 h3 he again threatened mate with Bd6 and after Kh1, Gorky played 26. Rxh3 after White resigned.

In 2017 Grandmaster Sergey Tiviakov from the Netherlands in www.chessbase.com wrote about the third International tournament called “ Isola di Capri Vladimir Lenin” in which he competed. He ended 6th out of 38 participants. He writes “One curiosity is why “Vladimir Lenin” has a tournament named after him. We assume it has to do with the story of Maxim Gorky and Lenin spending a season on the island together. Gorky set foot on the island of Capri in 1906. It’s the beginning of a hectic life in exile. His house becomes something like a shelter and refuge for many Russian intellectuals after the failure of the revolution in 1905.

In 1908, Gorky’s house, called “Villa Casa Rosa”, is the scene of a game between Alexander Bogdanov and Vladimir Lenin, the two aspiring leaders of the Bolshevik movement. History notes that Gorky is on the side of Bogdanov, who happens to be the “free thinker” within the party.”

Sebestyen recounts the days on page 209 when Lenin stayed in Paris. He notes that Lenin seldom moved in the Bohemian world of the 1900’s. He drank at the Cafe Rotonde, near St Germain des Pres. He also once played chess with the Belgian poet Guillaume Appollinaire. Fox and James also record that the writer Arthur Ransome indicated that he once played chess with Lenin. Fox and James also noted a cafe called Metro Alesia- where apparently Lenin used to play, at a cafe on the corner of the Avenue d’Orleans and the Place Montrouge.

Lenin’s friend Inessa Armand’s children Varvara and Alexander travelled to Tehran, Iran in July 1921. Sebestyen on page 456 noted that Lenin wrote to the children regularly and sent annotated chess puzzles he (Lenin) had set himself. I have not been able to trace any of these puzzles unfortunately.

After Lenin and the Bolsheviks took over the government he sometimes went to rest in the countryside. One of his companions was Nikolai Krylenko (page 429).

The Oxford Companion to Chess by David Hooper and Kenneth Whyld (Oxford University Press, 1984, p 174) stated that Nikolai Vasilyevich Krylenko was born in 1885 and died in 1938. He was the Commissar for War in the first Bolshevik government and later Commissar for Justice in the USSR. Krylenko may have done more than anyone else to popularise chess; as chairman of the chess section of the All- Union Council for Physical Recreation he was largely responsible for persuading the Soviet government to sponsor the game and to organise the Moscow international tournaments of 1925, 1935 and 1936. The two authors noted that such powerful support from one of the most feared and reviled men in Europe ensured a mass interest and led directly to the present strength of Soviet chess.

Krylenko, widely held to be responsible for Stalin’s purges, himself disappeared in one of them and was executed in 1938. (Since the death of Stalin, he has been rehabilitated). He edited the chess magazine 64, wrote a book on the Moscow tournament of 1935, and with P. F Nikiforov, a book on chess and draughts organisation in 1932.

Sebestyen does not speculate that Krylenko and Lenin played chess, but I would probably think that they did on those hunting weekends when they got away from the matter of running the government. Did Lenin influence Krylenko to use chess as a mass-based sport? I don’t know but I will be reading up on these aspects so watch out for a future note!

The book by Sebestyen has noted the importance of chess in Lenin’s life. His father taught him, and his brother played chess with him. His sister recalls specific incidents from their youth and his wife Nadya also spoke about it. The picture on Capri also shows that Lenin used chess in his leisure time when he was not planning a revolution.

Thanks for taking this journey with me. Do enjoy your Easter weekend.