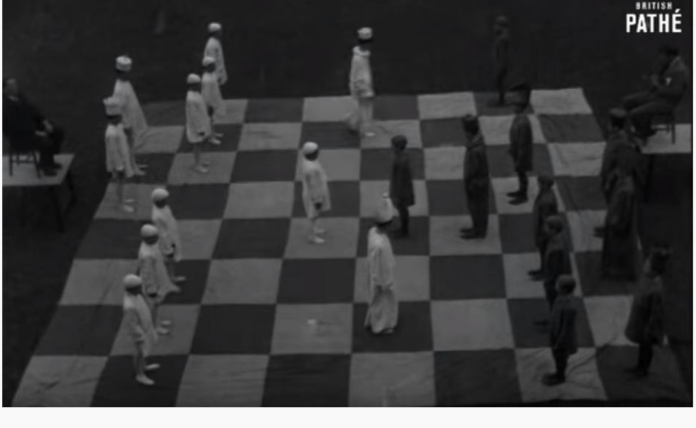 Cape Town Chess Club is celebrating its 135th year of existence this year on 19 March 2020. I was the keynote speaker at a dinner on Wednesday 22 March 2017 that celebrated the existence Cape Town Chess Club. Here is my speech that I gave at the time. I have added some notes at the end,

When IM David Gluckman approached me with the idea of hosting this festival to celebrate the longevity of Cape Town chess club I did not hesitate for a single moment. My department consists of many units and one of those is the Heritage unit. I have come to value and appreciate heritage because it teaches us about our history and who we are. Heritage is defined as something that is of long standing and is passed down from generation to generation. Cape Town chess club at its young age of 132 is an example of the heritage of chess in Cape Town, the Western Cape, South Africa and Africa.

Cape Town chess club was a dynamic club. It had members of high rank in its membership and was always situated around the centre of Cape Town. Rietstein records that in the June 1941 edition of the Cape Times, a Mr. Charles Murray, recalled that the Cape Town Chess Club was situated at the top of Adderley street and that Mr. WP Schreiner, the then Prime Minister of the Cape Colony often used to drop in for a few minutes to watch play with interest (2003:13).

The Cape Town Chess Club was an ambitious chess club and soon set itself the task of organising the first South African Open Championship. The first one was held in 1892 and was held in Burg Street at the Metropolitan Hall. The event started on 16 April 1892. The event organised by Cape Town was of

course a spectacular one. The tournament was opened by the Bishop of Cape Town and Reitstein recorded that others on the platform included General Cameron, the officer commanding the local British forces and the Surveyor General Leo Marquard. A letter from his excellency the Governor was read. Prize money amounted to £80 with first prize being £25. The club also organised the second SA Open in 1897.

In 1907 Cape Town Chess Club was responsible for initiating the union of clubs to be known as Western Province. The other clubs were Woodstock Chess Club, YMCA and Tokai. They met and formed the union with Mr. H M Boddy as the first President. The first league was also held that same year which was won by Cape Town. Cape Town chess club then became the first ever Western Province champions. In 1908 and 1909 the club retained its championship title but in 1910 YMCA won with Cape Town second. I noted in my research that in the first year of the league that there were five players and as the league progressed, they moved to 8 players. It seems the modern-day WP league may yet learn from our predecessors. It is thus interesting to reflect that the WP Union and League is this year 110 years old! The league was however not consistently held but well-done Cape Town chess club for having won those first three editions of the WP League.

Mr. Lew Leppan in his fascinating book the South African Book of Records (1999) notes that the first Living Pieces game took place between Rondebosch and Cape Town chess club on the Grand Parade in 1888.

In 1985 Cape Town chess club celebrated its centenary year and invited speakers such as Mr. Simmy Lewis, Mr. Nick Barnett and Mr Leonard Rietstein. A similar chess festival was held such as the present one and the South African Chess player (May 1985: 39) records that a certain Charles De Villiers beat a young David Gluckman in the speed Handicap tournament and won the princely sum of R60. A gala evening was held at the end of the festival at which prizes were presented by then

then president of the SA chess federation Mr. Eddie Price. Mr.Dieter Morschel played the wind quintet at the event. I have noticed that Charles is yet again competing just as he did 32 years ago. I may have to request my colleagues to also declare Mr. Charles De Villiers a living chess heritage!

In 1991 Cape Town chess club led the progressive elements of the establishment SA chess federation when in August 1991 it agreed to play a match against a combined Bellville South- UWC chess team in Bellville South. That match was the forerunner of unity in South Africa. The dynamism of Cape Town chess club when it organised the first SA Open in 1892 was thus complemented 100 years later when it contributed to the discussions to form a unified WP chess body in 1992. Cape Town chess club went on to win the WP League a number of times thus building on their initial triple success in those early years of the 20th century.

We, of course, cannot end the evening without mentioning the late chairperson of Cape Town chess club, Mr. Élan Rabinowitz. He was for many years the face of Cape Town chess club. With his calm demeanour and attention to detail he was able to provide invaluable counsel at all the WP Council meetings. He would invariably arrive with his black briefcase and take a seat towards the back of the hall. He contributed fiercely and in 1997 when Chess Western Province was going through some dark times, he led the discussions to ensure that the gains of unity were protected and that we could prosper as a union. To Élan your memory and hard work will forever be remembered at Cape Town Chess Club and by Chess Western Province.

I wish all the participants well in their various events this week. I have noted that the youthful Mark Lewis clinched the Seniors section of Heritage Festival. Congrats to Mr. Lewis who was also awarded the Lifetime achiever award earlier this month. I have seen many Olympian players competing in the various events this week and all having a good time. Cape Town Chess Club we salute you and thank you for contributing to the heritage of chess and sport in the Western Cape and South Africa.

This year in its 135th year of existence Cape Town chess club continues to be one of the flag bearers of club chess on the African continent. It opened its doors in early January and immediately hosted a Brazilian master Dr Edgar here at its club.

Cape Town has a thriving club programme that is completed at the beginning of the year for its members. It invites players from other clubs to participate in its events and always has a great atmosphere.

This year on 19 March it will host its annual blitz championship which will be followed by a two section round robin celebrating the 135 years of Cape Town chess club. The line-up for all the events is top players from all over South Africa and I shall look forward to some great chess as well! Do enter the blitz and come watch the Top players in action.

Cape Town is definitely a club one can learn from in terms of its organisation, longevity and great atmosphere. Cape Town chess club you are an asset to the chess community of Cape Town and South Africa.