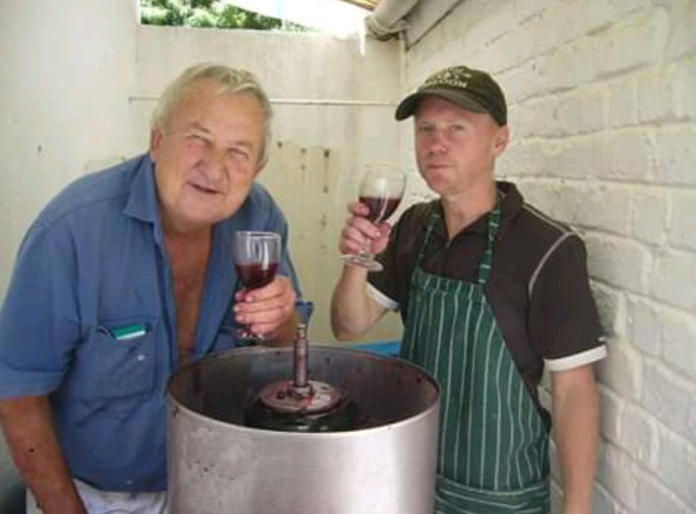 Saturday 14 March 2020 was a busy day in the family of the Cape Winelands chess community. A new club called the Drakenstein Pioneers chess club was established in February 2020 and organised their first event. The president of the Cape Winelands Chess union, Advocate Freek Geyser kindly shared the following letter he received from Mr Willem Van Tonder.

Drakenstein Pioneers Chess Club has been established in the first week of February 2020 to accommodate chess players in the Paarl/Wellington geographical area. The mission of the club is to create an environment where chess lovers and their famlies can socialize, network, grow and develop themself to become better at what they do and to have fun.

On Saturday, 14 March 2020, the Club hosted its first tournament in Wellington with a hundred and one (101) participants competing in 4 sections. The A Section saw heavy weights from Cape Town, Kenneth Willenberg and Lutho Mfazwe competing for the prize money of which Lutho was crowned winner of the day. The match between Kenny and Lutho (which ended in a draw) delivered sparks at the end with Kenny demonstrating to the audience how Chess should be played with 15 seconds to go on the clock.

The other highlight of the day was the Development Section that hosted 22 newcomers who played competitve chess for the first time. Twenty five (25) youngsters competed against each other in seven rounds under the supervision of Abram Abrahams (Arbiter to be) as well as 3 other Club Technical Officials.

Drakenstein Pioneers was established with 58 members in February 2020 and grew its membership to 70 members already. The Club succeeded in hosting their first Inaugural event and will only grow from here. The members of the Club appreciate all the assistance that was offered, especially the equipment that was borrowed from other Clubs in the Winelands Region and the Wellington School of Skills for their venue. Our appreciation to the EXCO of Cape Winelands in supporting this event

and for the President, Freek Geyser who demonstrated his commitment in person. Establishing new Clubs and creating opportunities where people can play Chess, compliment the mission of Cape Winelands Chess Union where the aim is to promote Chess in all communities and to establish a Chess Club in every town.

So Lutho was adjudged first with Kenny Willenberg however having the same score as he did. Well done to everyone who made this event possible. Lutho sent me a few of his games. Let’s have a look.

In this position Lutho sacrificed his knight against Dr Esau for two pawns. It was a hard fought game as Black recovered somewhat and just couldn’t put White away who brought the point home with strong play.

In the next game he played against his teammate Virgil Fritz and in a positional game he took the point! Let’s look at a critical position!

In the above position Fritz decided not to protect the pawn but rather go for the knight sally Na7. Mfazwe however grabbed the pawn and never looked back!

The next game was against Athon Willenberg. The game was a Grunfeld and in this game Athon allowed his Bishop to be blocked from g7 which led to an opportunity for White.

What did White play here? After due consideration White went for 25. Qf5 and after Bd6 (Rd4 was forced) White played 25. Be4 to clinch the game!

The last game that I have access to is against Kenny Willenberg. Kenny threw everything into this game but Mfazwe was up to the task and defended everything. He found some tactical shots which greatly assisted matters as well. The players played all out as this was the decider!

What would you play here as Black? There is a bit of pressure on Black. Black found

…….. pawn to c4 which allowed some tactical chances on the diagonal.

So, congratulation on all who was involved in this event. Well done. We shall look forward to this event again next year as I sincerely believe that every town in the Cape Winelands should have an open event that bears the name of the town.

One player that would’ve been glad that the event was being staged was Peter Micklem. His family arranged a celebration of his life as he had passed away at the age of 79. I learnt a number of things about Peter that I didn’t know about before. Peter had six children who all spoke beautifully at the event.

Peter had interests in a wide variety of things, and this was reflected in the ceremony and the leaflet. The back of the leaflet emphasised his belief in education and chess. If you look at the bottom of the leaflet you will see the vine, the wine bottle, the books and the chess pieces. All of these were part of his life. His family and friends came to celebrate his life and on display on tables were aspects of his life. There were books, wines, sugar cane and other things that Peter had made on the farm. The attendees were requested to take anything they want with them to remember him by.

Cecil Cupido, former Boland Chess president recounted to me that Peter wanted to be an Anglican priest early in his life but the call to farm was also a strong one. Peter later established a church and paid the salary of the priest for some time. Daniel Wium travelled all the way from Bloemfontein and told us how he spent not only his student days but even post-varsity weekends at the farm where he and Peter would drink some wine and talk about life and chess. My brother in law Jacques Frick who attended the event with me recognised some of the wine as Peter had introduced him to wine making.

One fact that astounded me was that Peter had registered at the age of 75 at the University of Stellenbosch in the Masters programme to study agriculture. Peter had some cutting edge ideas in agriculture in the area of pecan nut farming and was willing to experiment with them. He never finished but the fact that he registered at the University of Stellenbosch was in itself astounding. Many of the speakers recalled Peters passion for chess and reminded us that Peter was the forerunner of many development campaigns not only ion the Cape Winelands but also in Khayalitsha. Peter’s wife in a short conversation reminded me how she used to take the results in at events where she had accompanied Peter.

His eldest daughter, Marie, informed us that Peter had a difficult relationship with God towards the end f his life. She was however glad that Peter had grounded her in the Lord and she told us about the parable of the Prodigal Son. She said that the father in the Prodigal Son parable was like the Lord, always keeping his eyes on the horizon to see if his child was coming home. This parable has personally meant so much to me as well and I understood exactly what she meant.

At the end of the celebration the family invited us to share in the fruits of the vine which we did. Many of us in the chess community engaged with one another as we all had individual experiences with Peter.