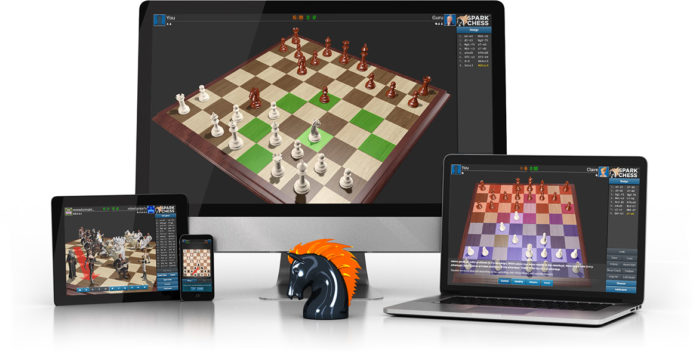 Chess.com, the most-visited global website for online chess play, expects 10 years worth of site growth to occur within the next few months. It has gained more than 700,000 members over the past three weeks, according to figures provided to Sporting News, and last weekend elevated to 9.1 million games played per day. The company is asking its engineering team to work overtime to keep its servers stable.

On the video platform Twitch, meanwhile, individual chess players who stream their games have reported their daily viewership doubling — and even tripling in some cases — from pre-coronavirus conditions, while channels that sponsor a rotating cast of talent have seen exponential growth. Viewers participate in these live broadcasts of games through energetic comment sections.

“It might sound a little weird that, you know, chess streaming has a community, but really it does,” said Daniel Naroditsky, a grandmaster who broadcasts games on Twitch multiple times each week. “The people who visit my stream often have a very important place. And so for them, that two, three hours of interaction and banter and, you know, friendly roasting, that’s friendship for them and social interaction that really fills up the monotony (during quarantines).”

Chess is no stranger to being a pastime in bleak circumstances.

The traditional over-the-board version of the game has been around for more than 1,000 years and accompanied countless instances of human struggle. It existed during the Black Death epidemic of the 1300s, and historic literature suggests it was omnipresent in the lives of those quarantined during that time.

The classic novella collection “The Decameron” — written around 1350 by Giovanni Boccaccio — offers a fictional account of 10 young Italians escaping the bubonic plague in Florence by fleeing to the countryside. Much of the work centers on the tales they tell each other as they wait out the carnage in isolation, but before their exchange of narratives begins, they used rounds of chess as a diversion from their state of affairs.

Writes Boccaccio: “If you take my advice, you will find pastime for the hot hours before us, not in play, in which the loser must needs be vexed and neither the winner nor the onlooker much the better pleased, but in telling of stories, in which the invention of one may afford solace to all the company of his hearers.”

Digitized chess, then, has simply advanced a centuries-old culture, as several contemporary players told Sporting News. The game has provided a sense of comfort and community while people around the globe practice social distancing and heed government lockdown orders. In-game chats now link people from opposite ends of the world and invite interaction regarding subjects as basic as differing life interests to intense talks about the personal effects of the coronavirus.

Streaming has added another facet to the experience. Creators say the inherent two-way dynamic of platforms such as Twitch has made the game more accessible to beginners by providing a window into the lives of the very best.

Nick Barton, the director of business development for Chess.com, views the rise of top players streaming as a cornerstone of growth moving forward.

“You can ask someone like Hikaru Nakamura ​(the No. 18-ranked grandmaster) a question that has to do with chess or may have nothing to do with chess,” Barton said. “It may be, you know, asking him how he enjoyed skydiving or something and he’ll respond back to you in chat. And that’s just kind of a fun little interaction that you have with people where you’re able to connect on a more personal level with chess players when in the past I think there’s been this air of mystery around chess personalities.”

Last week, Naroditsky spent more than three hours playing three-minute blitz games on Twitch, the board taking up most of the screen with a live facecam occupying the left column. The Charlotte-based grandmaster interacted with chat discussion about North Carolina’s newly implemented stay-at-home order, contributed to ribbing of his friend and fellow grandmaster, Hikaru Nakamura, and welcomed an audience of chess lovers into his in-game approach.

“I don’t know anything about anything,” Naroditsky vented to amused viewers after a rare botched move midway through the broadcast.

As he put his head in his hands for dramatic effect, his audience cracked jokes.

Alexandra Botez, another popular Twitch streamer, has long been an advocate of women in chess, and she has been struck by the number of new female viewers and content producers she’s connected with over the past few weeks.

She said the recent influx of women to chess is a promising development within the wider scope of the game’s role in helping people handle coronavirus-related quarantine.

“You have an equal amount of girls who are playing chess in elementary school, in middle school, and all of a sudden they start dropping out in high school because (they feel discouraged),” Botez said. “If we can address some of those things by creating a more positive environment where you have more confirmation that you can also be a top player because you see other female players are doing really well, that could really change and make the community better.”

Last weekend, Chess.com’s Twitch channel hosted a special streaming event to raise money for the World Health Organization’s COVID-19 response fund andthe National Institute of Mental Health. Europe’s woman FIDE master Anna Cramling and international master Anna Rudolf faced North America’s Botez, a woman FIDE master, and woman grandmaster Jennifer Shahade in a series of matches. One player from each continent served as the “brain” and called out a piece to move and the other served as the “hand” and tried to execute their partner’s game plan.

The live showcase consistently held upward of 5,000 concurrent viewers over its three-hour run time and raised more than $2,000 in donations.

“I know this is a really tough time for people,” Shahade told the audience near the end of of the stream. “A lot of people have extra struggles financially right now that they didn’t have before. So that does make it really meaningful (to see) all of the donations that you guys made.”

Despite strides in building interest in chess and raising money for coronavirus-related causes, it is worth noting that not everything has been rosy for the community.

COVID-19 has prompted the cancelation of traditional, in-person tournaments, which provide income to many players. A handful of events pivoted to online play, but Naroditsky said he’s spoken with grandmasters accustomed to in-person competition who are concerned about being thrown off at the computer. The slightest change in routine, of course, greatly affects high-level competitors.

Private chess lessons, meanwhile, have been limited to video calls and, in some cases, shut down all together. That has hit chess professionals, too, curbing another source of earnings.

Like the larger chess collective, though, the relationships built among elite players have helped ease the hardships associated with the coronavirus pandemic while pushing them to do what they can to assist others.

“You can really commiserate and you can really take solace in each other’s stories,” Naroditsky said. “You know, harrowing stories of pain and how they’re getting through it.”