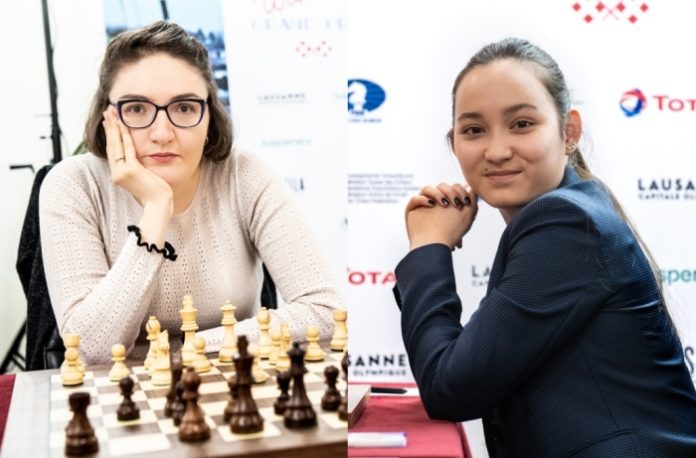 Although chess competitions all around the world were suspended in March due to the outbreak of COVID-19, some tournaments were played at the beginning of the month (FIDE Women’s Grand Prix Lausanne and the traditional Nutcracker in Moscow) with their results being incorporated into the April ratings. Moreover, the first part of the FIDE 2020 Candidates also found its way into the list, which slightly influenced the standings in the TOP 10 Open.

The leaders after the first part of the Candidates Maxime Vachier-Lagrave and Ian Nepomniachtchi scored 4.5/7 each and picked 11 and 10 points respectively with the former moving 3 positions up. The pre-event favorites Fabiano Caruana and Ding Liren found themselves in the red zone rating wise but kept their spots in the top 3. Anish Giri netted just one rating point but even this small increase allowed him to tie for 10th place with Shakhriyar Mamedyarov.

A rising star of African chess Bassem Amin was very productive in March. The GM from Egypt crushed the competition in the Arab Cities Chess Championship and Arab Chess Club Championship and earned 19 rating points – by far the biggest gain in the TOP 100 Open.

A young Russian GM Andrey Esipenko keeps climbing in the rating lists. This month he became one of the players to make the biggest progress thanks to his strong performance in the above mentioned Nutcracker tournament in which a team of Kings (Gelfand, Shirov, Tomashevsky, and Najer) played Princes (Sarana, Esipenko, Yuffa, and Lomasov) in classical and rapid chess. Eventually, Kings prevailed but it was not Esipenko to blame – Andrey scored solid +2 in classical games, netted 10 rating points and broke into the TOP 3 of the juniors rating list.

Ironically, two “Kings”, namely Alexei Shirov and Evgeniy Najer dropped some rating points in March (in Sweden and in Moscow respectively) and had to leave the TOP 100 Open. On the other hand, their teammate Yevgeny Tomashevsky did very well in classical games in the Nutcracker 2020 and rose by 5 notches in the April rating list.

We have three only three newcomers in April which hardly surprises anyone given the slump in chess activity around the globe. It is worth noting that two of them (Movsesian and Swiercz) did not play a single game in March.

The third leg of FIDE Women’s Grand Prix in Lausanne saw the triumph of Nana Dzagnidze who scored the most important tournament victory in her career and picked up 15 rating points along the way. Maybe even bigger surprise was the performance by the 20-year old Kazakhstani Zhansaya Abdumalik. The #1 female junior finished third (+17 rating points) list and reached her career-high in the TOP 100 Women list.

The participants of the recent Women’s World Championship match Ju Wenjun and Aleksandra Goryachkina had quite different tournament paths in Lausanne. The World Champion was far from her best which cost her 23 rating points, whereas the recent challenger turned in a strong performance and shared first place with Nana Dzagnidze. As a result, Goryachkina surpassed Ju Wenjun and returned into the top 3.