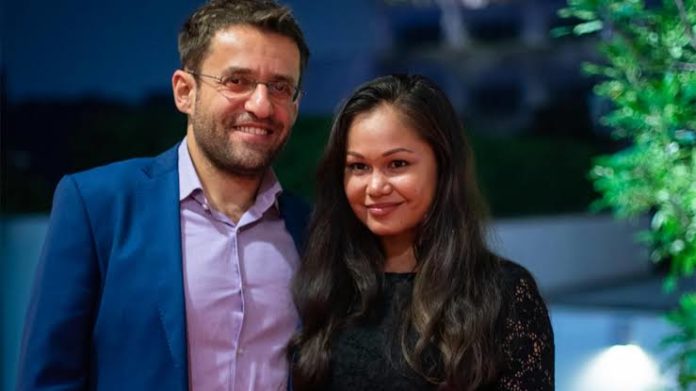 Arianne Caoili (1986-2020) has passed away  after suffering a severe road accident on the night of March 15.

Arianne Caoili, a former Oceania women’s chess champion, Women International Master, and an incredibly versatile human being, has died due to the consequences of a car crash. Caoili, the wife of Armenia’s number one grandmaster GM Levon Aronian, was 33 years old.

On 15 March, the Armenian state news agency reported that Caoili was in a serious condition after a car crash in Yerevan. Alone in her car, she reportedly lost control and crashed into a concrete barrier under a bridge.

She was brought to the Astghik Medical Center, where doctors initially said her condition was serious, but later they reported positive dynamics in Caoili’s condition. She was kept in an induced coma.

The terrible news of her death was shared by her husband Levon Aronian, one of the strongest players in the world, on his Twitter account In the evening of Monday, March 30 2020.

Arianne Caoili was an Australian chess player born in Manila, Philippines. Women International Master. She won the Oceania women’s chess championship in 2009 and competed in seven Women’s Chess Olympiads. Levon Aronian and Arianne Caoili got married in 2017, right after the Armenian grandmaster won the FIDE World Cup. Caoili was living and working in Armenia over recent years.

We express our deepest condolences to Levon Aronian, all their family and close ones. RIP Arianne Caoili (1986-2020)