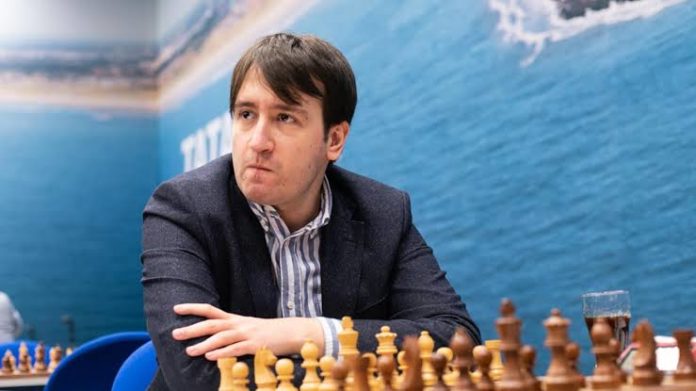 Members of the national chess team of Azerbaijan have written an open letter in which they demand that FIDE puts GM Teimour Radjabov back into the Candidates tournament. Meanwhile, GM Sergey Karjakin has expressed his support for Radjabov.

The players express their support to Radjabov and criticize the International Chess Federation, stating that FIDE “violated the principles of the standard selection procedure in sports” by separating the Candidates tournament in two parts. Furthermore, they demand that FIDE restores the world championship qualification cycle for Radjabov.

Here’s the letter in full:

Open letter of the chess team of Azerbaijan, threefold European champions, to the FIDE management, professional chess players and all chess fans.

As it is known, the Candidates tournament should have been held in Yekaterinburg, Russia from March 15 till April 5, 2020. On March 4, our teammate, GM Teimour Radjabov, a participant of that tournament, requested that FIDE should postpone the tournament until a later date because of the growing coronavirus pandemic, which at the time was qualified by the World Health Organization as very strong and dangerous, as well as bearing the highest possible risk level, red. Teimour explained that, besides the risk of contagion and the negative psychological environment in such conditions, the chess players, he included, would not have been able to play at their highest level, which is necessary for such a strong and prestigious marathon tournament taking 22 days. At that moment, all important events were canceled or postponed globally and in Russia, to take care of the athletes. Unfortunately FIDE, in an ultimatum, gave him one day to decide whether he was going to play or not and eventually replaced him with a reserve player.

As it is known, the Candidates tournament got started but did not reach the end. FIDE had to stop it because of the growing pandemic in the world. It was the only event on such a high level held in the world during the pandemic, despite the ban issued by the Russian government and the Russian ministry of sport, as of March 16, 2020, which demanded full cancellation of any international competitions with participation of foreign athletes at the territory of the Russian Federation.

We consider that, by starting the tournament and stopping it, FIDE violated the principles of the standard selection procedure in sports, because the tournament was split into parts separated by an indefinite period of time while FIDE was dismissive of concerns about the health of the players. Therefore, it should be held responsible for its inadequate steps towards the candidates and to the entire chess community. Beyond that, we request and demand that the FIDE management returns our fellow member of the national team of Azerbaijan GM Teimour Radjabov into the world championship qualifying cycle as he suffered undeservedly in the circumstances, which could have been avoided by timely postponing the tournament until better days.

It remains to be seen what the effect of the letter will be. To the website Championat, FIDE President Arkady Dvorkovich has already made clear that he is not intending to give Radjabov a chance to return:

“Half the tournament has already passed, 28 great chess games have been played, some of which will be studied and analyzed for a long time. This situation cannot be compared at all with a complete cancellation of the tournament. Teimour has made a decision, and it was his choice. We would have guaranteed him the same safety measures and medical examination as the other participants.”

Meanwhile, Russia’s top grandmaster Karjakin, a good friend of Radjabov and part of his team during the preparation for the Candidates tournament, gave his support on Twitter:

“FIDE can call its semi-legal decision to hold the Candidates heroic as much as it likes, but after the decision by the ministry of sports to ban all events in Russia, it was OBVIOUS that the tournament should not have started. Now we have Radjabov unjustly excluded.

“Besides that, the logical course of the tournament has been completely destroyed, because if you continue it now or in a few months from now, the result can be diametrically opposed. The tournament, for which all chess fans waited for two years, has now been totally discredited.

“I hope that FIDE will at least apologize and try to find a compromise with Radjabov, who spent a lot of time and money on preparing for the most important tournament of his life… #JusticeforRadjabov

When the second half of the tournament was canceled on Thursday morning, the players had to pack their bags right away as Russia was suspending international flights starting from Friday.

GM Ding Liren got on a flight to Beijing while GM Wang Hao decided to return to Tokyo, from where he intended to continue to Shanghai. GM Anish Giri and his second GM Erwin l’Ami decided to take a regular flight via Moscow to Amsterdam, not awaiting a special charter flight that was arranged by the organizers, which would fly directly from Yekaterinburg to Amsterdam.

A group of six people ended up taking this (otherwise empty) flight and continued their traveling from Amsterdam to their final destinations: GMs Fabiano Caruana and Maxime Vachier-Lagrave, FIDE’s official photographer for the event Lennart Ootes, the chairman of the appeals committee Jeroen van den Berg, Spanish journalist Leontxo Garcia, and GM Zhaoqin Peng, who did commentary in Chinese with GM Hou Yifan.

For Garcia, the tournament must have been surreal. He was put into quarantine upon arrival in Yekaterinburg, and wasn’t allowed to leave his hotel room. Two days before his quarantine was going to be lifted, he was already in a plane back home.