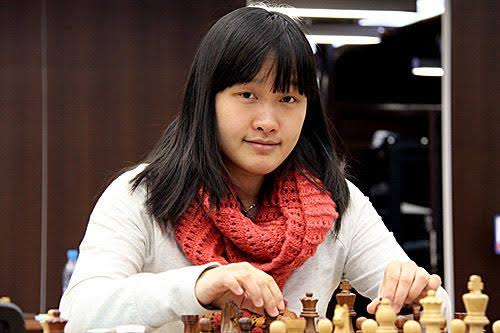 The month of March will be a hot month for chess with three official FIDE events. The 3rd leg of the Women Grand Prix FIDE will be holding in Lausanne from March 1-15; The World Senior Team Championship in Prague from March 5-15 and the FIDECandidates Tournament in Yekaterinburg from March 15-April 5.

The FIDE Candidates Tournament has had its own share of complications over the coronavirus crisis as to whether or not Gm Ding Liren and GM Wang Hao will be present for the tournament.

It has however be confirmed that Zhao Xue, on of the participants of the Women Grand Prix FIDE will not be able to play due to the recent developments in the coronavirus crisis and the increasing travel restrictions affecting Chinese citizens.

Zhao Xue, 8th seed in the tournament with a 2486 rating, will be replaced by another Asian representative: the Kazakhstani Zhansaya Abdumalik (2471).

A former prodigy, Zhao dominated her generation: she won the Gold medal in the girls’ U12 World Championship in 1997, the Girls’ U14 World Championship, and then she went on to win the World Junior Girls Championship in Goa 2002, surpassing the local star, Humpy Koneru. She was the 24th Chinese person to achieve the GM title, in 2008.

Fide apologies that a player of this caliber will be forced to miss this tournament due to such unfortunate circumstances. According to FUDE “We believe Zhansaya is a worthy replacement, and we are hopeful that we will be able to have Zhao Xue playing in one of our top events very soon”.