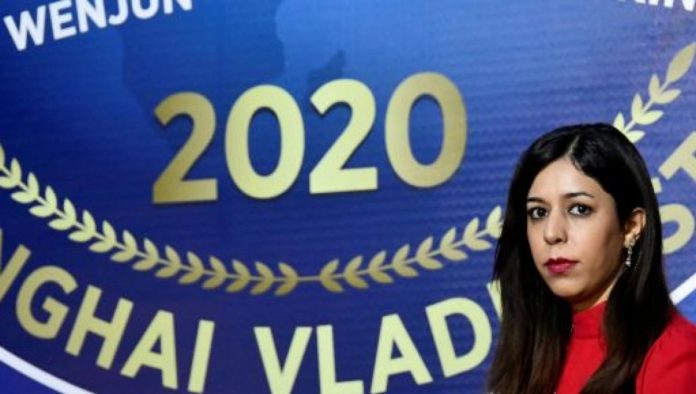 Just last month, Shohreh Bayat who is an arbiter for the International Chess Federation feared that she would not be able to return home (Iran) over breaking the headscarf rule at the Women’s World Chess Championship 2020. It, however, seems that her fear is coming to reality as she explains to The Washington Post about her life as an Iranian and also her fears.

Religious indoctrination starts early in Iran when you are forced at school to learn the Quran. I was a dutiful student, praying assiduously while wearing a loose, ugly school uniform, with my hair hidden under a big scarf. At age 8, I even won a prize for fasting.

At 9, I was introduced by my father to the beautiful game of chess, beloved by ancient Persian poets. Chess requires logic and critical thinking — not faith. Slowly, in my teens, I began to question why, if God is fair, is there so much pain and suffering in the world?

Even if my faith was fading, as a woman in Iran I had no choice but to tolerate the hijab — the Islamic emblem of constant, misogynistic oppression. I avoided looking at myself in mirrors. Wearing the head-covering was torment enough. When traveling abroad for chess tournaments, I admired the young women from other countries who wore nice clothes, their hair beautifully styled.

I gradually began to spend more time in front of the mirror, trying to find ways, within the confines of my fabric prison, to appear normal. Whenever I went abroad, I would make small changes in my appearance, perhaps by showing more hair than previously, even if I was careful to keep a portion of it concealed. Eventually, I gained a degree of renown as an international chess arbiter, working at tournaments around the world. I slowly became braver in loosening my hijab on those trips.

In 2017, I was honored to be the first woman ever appointed general secretary of a sports federation in Iran. But holding the position meant also enduring continual harassment by Iranian Chess Federation officials about the hijab. The next year, I resigned in frustration.

That didn’t end the conflicts over the hijab. I continued to travel as an arbiter for the International Chess Federation and was pleased to be chosen for the Women’s World Chess Championship 2020. When packing to travel to Shanghai for the first leg of the championship last month, I included several colorful scarves, which was the most daring I could be within the confines of Iranian law.

After the first round in Shanghai, I received a message from the Iranian Chess Federation asking me to send a “good” photograph from the competition. Translation: Photos that I appeared in on foreign websites were not hijabi enough for the federation to post on the messaging app Telegram in Iran. The loose scarf I wore was actually quite acceptable by Iranian standards, but more is demanded of public figures. Infuriated, like millions of Iranian women who hate the hijab, I said it was the best I could do.

As long as this regime is in Iran, I don’t have a chance …Shohreh Bayat

I resolved to wear a “worse” hijab the next day, suspecting that the officials would decide that the first-round photo was “good” enough. I had no idea how this decision would change my life. As anticipated, the photo from the first day appeared belatedly on Telegram. I had no idea anything was amiss until after the third round, when I went back to the hotel, turned on my smartphone and was stunned to see that it was teeming with messages.

Some had stark warnings: “Don’t come back, they will arrest you.” Others included screenshots of Iranian media alleging that I hadn’t worn a hijab at all — the photo failed to convey that I did indeed wear one, albeit loosely — and, worse, had committed the outrage on the anniversary of some protest (the date of which I was unaware).

Publicly, the president of the Iranian Chess Federation said that my participation in the event had nothing to do with him. Privately, he sent messages telling me to write an open letter supporting the hijab. Meanwhile, my harmless photo from the first round was purged from Telegram, which in Iran is heavily monitored by the government.

How could I write a letter proclaiming what I don’t believe? Was it not humiliating enough that I had had to endure this detestable scarf on my head every day? The pain was enormous, the tears endless. The next day condemned already, I left the scarf behind and entered the world with determination and satisfaction.

The Iranian media reported, without evidence, that I had applied for asylum. (No country was named.) I was still at the tournament, with weeks to go, and had a return ticket to Tehran. I wanted to go home, but by now it was too dangerous.

As I write to you, I am in Britain — a lovely country, where I have received much kindness and generosity from the chess community. I don’t know what the future holds. I have seen many words of support from U.S. embassies around the world.

That is touching, but also poignant, given that most Iranians can no longer enter the United States. Is it really against the law to be born Iranian? We are also humans, you know.

Shohreh Bayat also had an interview with BBC Newsnight saying “As long as this regime is in Iran, I don’t have a chance (of returning).