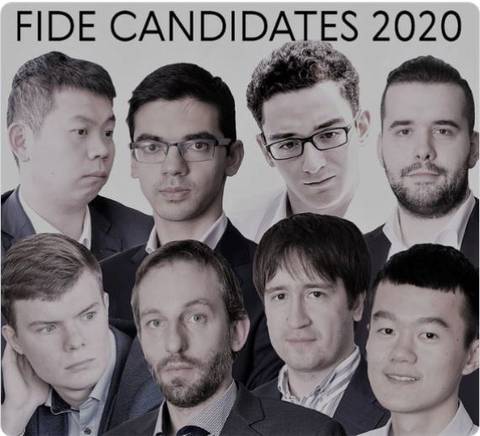 The Coronavirus in China has been affecting GM Ding Liren and GM Wang Hao‘s preparation for the Candidates Tournament. According to both Grandmasters, they stated they had to cancel plans for a training camp.

Ding is currently preparing at home in Wenzhou, where he lives with his parents. The coastal city in the southeastern Zhejiang province has nine million inhabitants; an estimated 300 people are currently hospitalized there with the virus.

On Sunday the city government has restricted the movement of residents and closed roads, even though the city is located 800 km away from Wuhan, the epicenter of the coronavirus.

Ding hasn’t been outside his apartment building for three days now. “Today I went downstairs and walked around in the building, but I didn’t go into the street. For that, you need to inform the building manager and your temperature will be measured.”

The 27-year-old grandmaster, who is considered to be one of the favorites to win the tournament (which would earn him the right to challenge World Champion Magnus Carlsen in a title match), says he had to cancel some of his plans to prepare.

“I was planning to train together with my seconds. Now we connect through the internet,” he said, adding that it’s “not a big deal.”

Top grandmasters are used to being in touch with their assistants online all the time, but there’s an added value to seeing them in person, especially when preparing for such an important event. Ding is taking it lightly, saying the situation “doesn’t make it harder” to prepare.

Wang, the other Chinese participant, lives in Beijing but is currently in Tokyo for business matters. He plans to stay in Tokyo until the end of the month. He will briefly go back to Beijing before traveling to Russia, where the tournament will begin on March 15.

Could the new virus in China also affect Ding and Wang’s travel to Russia?

In a recent post on bruvschess Media, a tweet by the Australian chess GM Ian Rogers stated that both Grandmasters have to sit out a quarantine period, which was however later debunked by FIDE.

At the moment, Russia has stopped allowing charter flights from China, and regular flights are only allowed to land at Moscow’s Sheremetyevo airport currently. All Chinese tourists now require a visa.

Chinese people who work in Russia and returned from celebrating the Chinese New Year have been placed in quarantine.

Although according to the players, the Chinese Chess Association is supposed to arrange their visas. Currently, official administrative channels in China are running slow as the New Year holiday period has been extended due to the virus