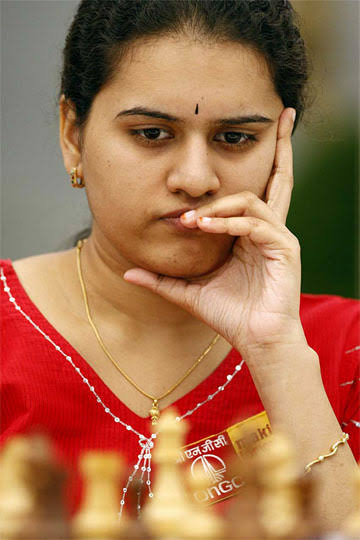 The year 2019 was an eventful one for Koneru Humpy. Not only did she clinch the world rapid crown at Moscow in December, the 32-year-old had notched up consistent performances which places her on top of the women’s Grand Prix standings after the conclusion of 2 rounds. Humpy needs a top-2 finish in the tournament – which has two more editions remaining – to gain entry into the women’s Candidates.

Humpy’s consistent run of form was hailed by none other than the current women’s world champion Ju Wenjun. “She certainly has some good chances to win the Candidates. She is good at positional games and has also played the women’s chess championship match in the past,” Wenjun had told TOI after retaining the women’s world title last month.

Humpy, on her part, isn’t surprised by what Wenjun stated. “It is nice of Wenjun to have said this. In fact, many Chinese players and even coaches have told me that they consider me to be a strong contender to them. If you look at the world rankings, I am next to her and so everyone expects (me to do well against her),” the world no. 3 told TOI on Monday.

She may be close to sealing a spot in the Candidates, but Humpy isn’t mulling much over it. “I am not currently thinking about Candidates since I have a tournament coming up in the next few days.

The Cairns Cup is a very strong event with the top-10 women players taking part in it. I have one more edition of Grand Prix to go -in May. I will think about the Candidates once I finish that event,” said Humpy. The Cairns Cup – to be held from February 6 to 17 in St Louis – will see Humpy taking on the likes of Wenjun, D Harika, Katheryna Lagno, Dzagnidze Nana among others.

In her bid to be in the best possible shape, Humpy – in the last few weeks – has been working on her middle and end-game. “As a player there are always areas where you feel you can improve. I have been working on my middle and end game. I also feel the need to expand a bit on my openings as well,” said Humpy.