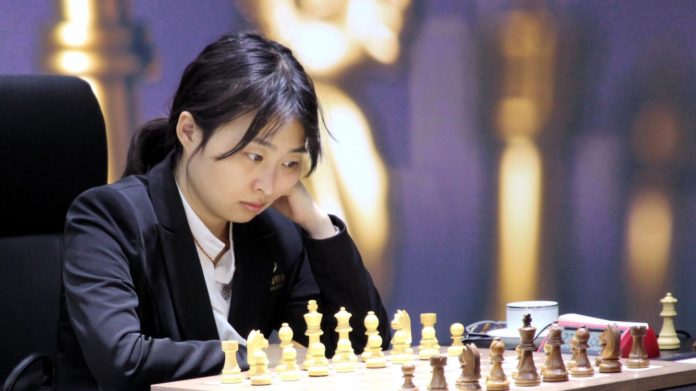 One would describe the match between the Chinese Grandmaster Ju Wenjun and the Russian Grandmaster Aleksandra Goryachkina as the clash of the titans. However, there can only be one champion of which was Ju Wenjun, crowned in Vladivostok, after retaining her title as the Women’s World Chess Champion.

In a chat with Timesofindian.com, the 28-year-old spoke on how her experience of featuring in big matches came handy against Aleksandra and more.

Was it the most challenging of the World titles you have won since Aleksandra really wasn’t ready to give up?

Yes, this was the most challenging and toughest championship I have ever played. Almost every game went on for about 5-6 hours and Aleksandra never gave up.

At what point did you begin to feel that you would go on to retain the title?

I thought I had better chances because I have had many experiences in world championships and had good results against my opponents in the past. However, after the first 3 games, I realized it was going to be a tough match. But I always believed in myself and thought I had good chances to win the match.

Ahead of game 9, you wore a jacket which read ‘Whatever’. Was that a message to anyone?

Not a message. I just liked that jacket and I thought it was cool.

Many are calling you among the finest women’s chessplayers ever. How do you react to that?

I don’t know if I am the finest women’s chess player or not. But I will keep working on chess. I want to thank my coach Ni Hua for giving me priceless advise not only in chess but also in life.

You retained the world title a day ahead of the Chinese New Year. Did that make the moment even more special?

Yes, winning the match was the best gift of the year. I am very glad that I won.

Among the current women players, who do you feel will be a challenger to you for the world title again?

It is difficult to say now because the next world championship match will be 2 years later. Maybe, some (player) with over 2500 ELO rating (could be a good challenge).

Magnus Carlsen is the men’s world champion. Do you look at his games to take a note or two?

I follow top tournaments in general and I watch all of his games. I (also) have a look at other top players’ games as well.

You would be featuring at the Cairns Cup in the US next month. What are your thoughts on the strong field in the competition?

Cairns Cup is a strong women chess event. It is the first time I am playing there and I will try some new things in my game.