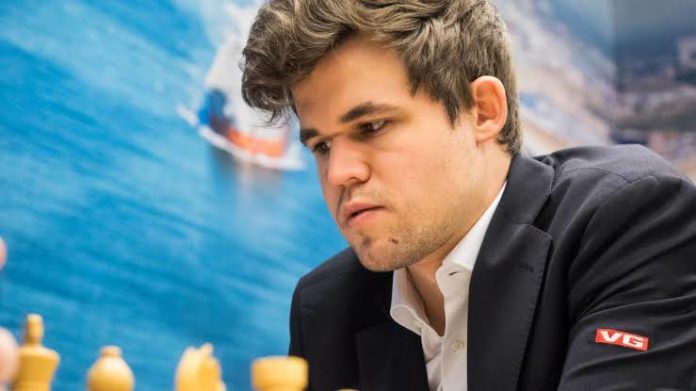 There is, however, a spectre at the feast, in the person of a further claimant to the crown of invincibility. This is Grandmaster Bogdan Lalic of Croatia, but resident in the UK, who in the 2010/2011 season played 175 games without losing any. The problem here is that Lalic faced vastly inferior opposition and also agreed many of his games drawn, without a fight. In establishing a record for not losing, rather than winning, this latter objection might, though, be considered a virtue of economy of effort, rather than a disqualification!

Clearly, there are some grey areas in comparing these competing claims for records. Such conundra can perhaps only be resolved by Guinness World Records intervening to establish some objective standards, such as rating criteria for judging performances.

How does Carlsen’s performance compare with similar avoidance of loss in the past? Paradoxically the turbulent and frequently unsound Mikhail Tal was a serious exponent of lengthy series of games without losing. Meanwhile, the legendary Jose Capablanca survived for eight years without a single loss between 1916 and 1924, until he succumbed to Reti’s hypermodern innovations at the tournament in New York. This feat included a world championship match against the equally legendary Emanuel Lasker. Obviously Capablanca’s eight year record was thoroughly meritorious, but amounted to far fewer games than Carlsen’s undefeated game output over just one year.

The yardsticks for sequential records normally involve citing those two icons of the Cold War chess scene, Tigran Petrosian (World Champion 1963-1969) and Bobby Fischer who was champion from 1972 until 1975, when he forfeited the title without a fight.

Now a frequently asked question: just how hard was it to beat Petrosian at his best?

I have compared Petrosian’s results in the World Championship cycle which brought him the title (1961- 1963) with those of Bobby Fischer over his own victorious series of qualifiers and the final challenge (1970-1972).

Fischer lost four games out of 62 (I have ignored defaults) — White v Larsen — Black v Petrosian — Black v Spassky x 2 — this means that Petrosian lost 3.33 per cent of his world championship cycle games, while Fischer at his peak lost 6.45 per cent. So, at their respective bests, Fischer was still twice as likely to lose as Petrosian was! The most controversial of these losses was game one one of the match of the century between Fischer and Spassky. Fischer grabbed a hot pawn and lived to rue his bravado.

The glaring difference of course is that during his world title run, Fischer won a straight thirteen games, without conceding a single loss or draw against the elite Grandmasters Mark Taimanov, Bent Larsen and Petrosian himself. Petrosian never achieved anything like such a burst of winning games. Indeed, few have.

Fischer was a kind of angry god of chess, and his monumental rage was perfectly captured by actor Robert Emms in the play Ravens: Spassky vs Fischer, which ran at the Hampstead theatre until last Saturday (January 18th 2020).

Avoiding loss at chess is a fine art. I was particularly proud of a record I once set (since many times overturned) by going through four consecutive British Championships involving 48 games without losing any. However, not losing can become a fetish and there are fears that Carlsen’s desire to set a new record for not losing may have restrained his desire or ability to win.

Whether Carlsen, in spite of his quest for the record of invincibility, can indeed secure the laurels at the Dutch tournament of Wijk aan Zee, will be known tomorrow. So far Carlsen has drawn every single game but one and is one point adrift of the lead.

Here is the link to Carlsen’s first win at the Wijk aan Zee tournament which only came in round seven.