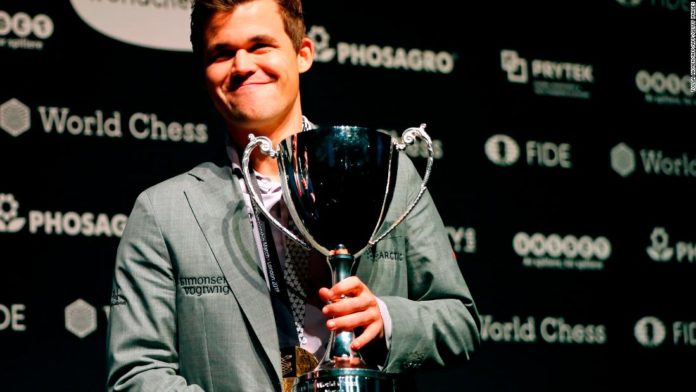 Chess great Magnus Carlsen made history on Tuesday, 14th of January 2020 as he extended his unbeaten run to 111 successive classical games, breaking the 110-game streak set by Sergei Tiviakov in 2005.

Carlsen, the world’s No.1 chess player and, such was his prodigious talent, described as the ‘Mozart of chess’ as a 14-year-old, drew against Jorden van Foreest in the fourth round of the Wijk aan Zee tournament in the Netherlands to break the record.

The 29-year-old Norwegian grandmaster achieved his feat while playing against opponents who had a far higher average Fide rating — the rankings that govern international chess competition — than Tiviakov’s rivals.

He had suggested that he might consider the record broken only if he won another two matches as two wins, in the Norwegian League, were against opponents ranked more than 500 points lower than him.

But Carlsen told English newspaper The Guardian: “I’m all for [claiming the streak] too. I consider my streak against elite opposition is 109 and against good opposition is 111 and I am happy about that.”