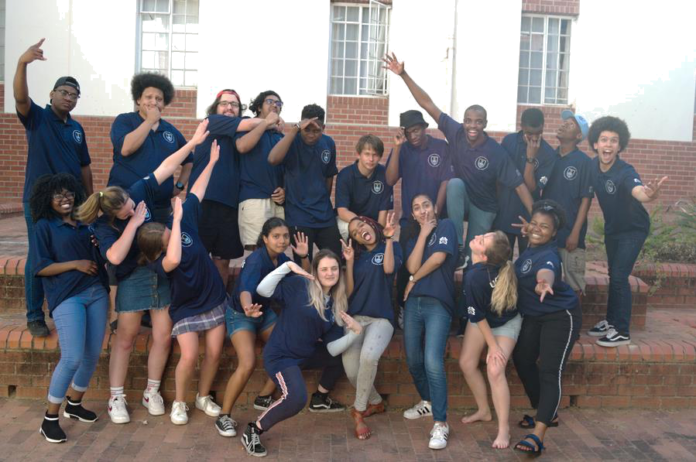 It is with much pride that I can state that the Cape in many ways dominated USSA this year. UWC and UCT, though outshone by the highly trained TUTS (UP) players, in terms of numbers and growing strength the WP dominated South African University Chess in 2019.

Shaheed has already made an article on the results and overall experience of the USSA ’19, so I will try to add a few more comments focused on player upsets, the Blitz etc.

USSA is a tournament that is difficult to predict due to ratings. For many universities, this is one of the only tournaments that their players get to perform in. Hence, upsets and underestimation of lower-rated players is prolific. For UCT this has caused pain for both the club and the other teams… but predominantly in favour of UCT.

The open section for USSA 2019 UCT placed 2nd Overall. UCT may not have had the strongest players but all the players we brought were strong. Some of the greatest games have been analysed further on in the document. This tournament was an incredible achievement for the boys… its been a long time since UCT caused so many upsets in 9 rounds.

In the female section UCT brought 9 players with only the top 5 being used to tally up points. This year the female team did incredibly well, coming 4th overall. This is a massive improvement from previous years. We have many new players, hence why we brought more players than necessary. UCT female chess is getting stronger and stronger… watch this space.

This made CT proud with it’s 2nd place in female section and 3rd place overall, merely ½ a point behind UCT. This club continues to be very friendly towards UCT and we commend the club on always being strong and healthy competition.

“It was a great experience playing against higher rated players. That’s why I’m so eager to come back next year to prove my worth”

I’m sure Steinitz remembers this player from 2019 WP League. He played board 8 in R8 winning against Denise Bouah, who at the time had a rating 409 points above innocent. The round ended with Innocent claiming the only point back from Steinitz. I hoped this year at USSA innocent would gain some more experience playing long classical games but also would cause a few more upsets… he has the talent the drive and the ability. All he needs to play. It’s easy to see that though not the

expected win in most of his games he is still taking names. Watch this player. His momentum and love for chess is not going to falter soon.

‘Next time I’ll come back stronger”

Lilitha has been a consistently strong player for UCT but really performed in this particular tournament. Not many 1700 players can hold composure against 2000+ players. In both round 4 and 7 he showed what he is made of dominating the games in both instances, even though Matt Pon managed to hold on in round 4. Lilitha finished 6th overall from a starting rank of 20.

“I am very proud of my achievement of finishing third. It was one of the best tournaments I have ever played. I am motivated to come back next year and try to win the tournament.”

Luka was one of our highest point scorers in WP League and continued to prove he is only going up by coming 3rd in the USSA from a starting rank of 11. He is a tactful, considered player who has the experience to come back and perhaps make the international team next year. Well done Luka! You have continued to be committed and make us proud.

“I’m coming back with a killer instinct”

Talia, tenatious and incredible under pressure, performed very well this year (as she did last year) drawing to both Rene and Cora from TUKS. She came 6th overall from a starting rank of 7. Talia is one of the most promising female player on the UCT side and though she can be underestimated with a 1300 rating the draws against the two ±1500 UP girls shows that she is a force to be reconned with.

Full Notations of games available at end of document

In preparation for this game, in light of the fact that Thapelo knew Salem was likely to castle queenside, an unorthodox h6 g6 idea was cooked up (with the help of Mr McInnes). Salem had a monster performance in the 2019 WP League, there was a plan needed to take Salem out of his comfort zone.

The position along side is move 32, white to move. Black has a slight edge here albeit a chaotic position. Thapelo finished 17th overall, from a starting rank of 32nd.

This was a massive upset for Xolani, however an exceptional result for Innocent. Clawing his way back from an unfavourable opening exit, Innocent entered a tedious endgame 2 pawns down. However, he had momentum and his tenacity and accuracy in the double rook end game is a beauty to behold.

White to move in position alongside, move 31.

Lilitha stepped up to the task of playing the eventual tournament winner and seed No. 1. The graph alongside shows whites dominance in the game, however as many of us painfully know it is the final moves that count. But credit where credit is due: Lilitha deserves to be celebrated for his cunning, immaculate performance.

Lilitha came out of the opening with a superior position and proceeded to control the game for the next 30 moves. Pon fought tooth and nail to hold on. However, he held composure and eventually edged Lilitha out while both were in time trouble. The

In the final move, a crushing blunder for the Board 1 player, Lilitha lost his queen in a favourable end game for black. Matt Pon after Lilitha’s resignation stated that he was about to concede to a draw. Chess is never forgiving.

The position alongside shows white to move, move 38.

Talia had a tough opponent being on of the strong TUKS ladies. A closed Catalan structure surprisingly lead to a game with many imbalances. Talia fended off the kingside attack comfortably and simplified to a winning but very tricky endgame. Rene kept the heat up and under pressure Talia took a perpetual to keep a half point. A good performance for Talia.

After narrowly losing to Matt Pon, Lilitha was soon set to play another TUKS champion, Roberto De Abreu. A closed French structure lead to complicated Queenside fight with both players seeing no need to castle. Some confusing tactics and a queen sacrifice caused enough tension for Roberto to slip…

This coupled with Lilitha’s endgame skills lead him to have one of the biggest upsets in the tournament! An incredible result for Lilitha: Not many 1700s can hold tension against a 2100. The loss after Matt Pon was redeemed.

The board beside us shows the board after move 40, white to play. A complex situation.

The Blitz which took place on the Wednesday when only round was played. Below one can see the starting rank and the final rank, with Mfundo (UP) protecting his title of 1st place. This traditional event had a large turnout, with 9 rounds and 3min+2 time control.

“Congrats to Mfundo on defending his USSA Blitz title”

“I am extremely proud of the Performance of the UCT girls”

Andrew McInnes, former UCT Chess Chairperson, joined us to specifically focus on our female players and help with general analysis. Undoubtably, we performed better with his support and passion to help our players analyse. However, Andrew managed to find a way to play… the 2019 USSA Blitz. Andrew, who is a well-known player in WP, really took no prisoners in the Blitz winning 7 out of 9 games.

In the penultimate round Andrew beat the only undefeated player Mthandazo on board 1. If he had maintained this win into the next round, he would have taken the tournament. But of course, chess is a cruel and humbling mistress. Andrew lost the last round narrowly to

Mfundo (VUT) who defended his USSA Blitz title. Buchholz decided Andrew should come 4th (just a place away from some prize money… he doesn’t like to talk about it). UCT will be using Andrew to maintain the growing strength in the team next year.

Thanks to the USSA committee for organising such a successful event. A big congratulations to my team and UWC for the brilliant performances.