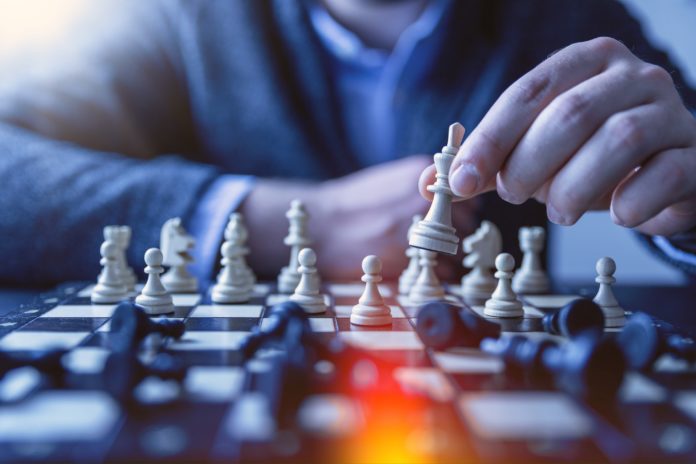 In mid 17th century Japan, Miyamoto Musashi, the invincible Samurai warrior, wrote Go Rin No Sho, A Book of Five Rings, a penetrating analysis of victorious Samurai strategy. For over three centuries this martial arts masterpiece remained a Japanese secret, but in 1974 it was discovered by the West. Almost overnight, the new translation sold more than 120,000 copies in hardback, catapulted to best-seller status in paperback and drew lavish praise from leading newspapers around the world.

From one thing, know ten thousand

Musashi’s central message is one of ‘wider application’, of ‘transferability’. Achieving mastery in one discipline arms you with the weapon to transfer those skills to all other areas of life. Although on the surface-Musashi’s book is specifically a guide to Samurai swordsmanship, at deeper levels it provides a blueprint for strategy, decision and action in the home, on the battlefield, in the corporate boardroom – in fact, wherever you choose to apply it.

Musashi summarised its essence thus, stating and re-stating his theme throughout the book: ‘From one thing, know ten thousand things. When you attain the Way of strategy there will not be one thing you cannot see … . If you know the Way broadly you will see it in everything.’

In spite of its undoubted brilliance, Musashi’s book has two draw-backs for a modern audience. First, Musashi frequently expresses himself in obscure and impenetrable Zen terminology. Secondly, the 21st century reader will find it difficult, if not impossible, to participate at any meaningful level in Musashi’s prime metaphor, that of Samurai swordsmanship, when with a real blade you face an opponent whom you must kill before he kills you. We are not likely to wield a Samurai sword in a life or death situation. Samurai swordsmanship will always remain beyond most people’s personal experience.

Accordingly, let us consider the easy-to-learn game of chess, already well established as an important thinking and business metaphor. It re-interprets and updates Musashi’s martial arts message, and extends it through a new dimension, a martial art of the mind. The phrase martial art was, in fact , first used in English in Alexander Pope’s 18th century translation of Homer’s Iliad.

In its various manifestations (Western, Japanese and Chinese) chess is the world’s most popular mind sport, with well over 600 million devotees. ( Yougov stats) . As we have seen in Daniel Johnson’s brilliant exposition of Alpha Zero in an earlier issue of The Article, Chess is also at the cutting edge of the quest for artificial intelligence. Six times World Champion Garry Kasparov , for example, twice faced off in matches against IBM’s Deep Blue super-computer with million-dollar prize funds were at stake.Now the Deep Mind company of Demis Hassabis CBE, originator of Alpha Zero, has attained a £400 million price tag when acquired by Google.

Most importantly, though, chess offers the experience of real victory, without killing, and the parallel experience of real defeat, without having to die. Playing chess, you face pressure of time, you must assess risk accurately, and you must think globally and locally: in other words, it is all down to you. You truly win or you truly lose.

There are no accidental or chance results in chess. The ethos of entitlement and the syndrome of blaming others for setbacks are both alien to the game. Indeed, it is the qualities of personal enterprise and self-reliance that distinguish chess. The chess-player should not blindly accept the pronouncements of authority. Thinking for yourself is what counts. At the chessboard, real situations beckon and, as Musashi would have put it, in mastering chess, you master in microcosm all forms of combat and strategy, for any application you may choose. In my personal view, chess is the ultimate Right-wing game!

If chess were a game only, chess would never have survived the serious trials to which it has, during the long time of its existence, been often subjected. By some ardent enthusiasts chess has been elevated into a science or an art. It is neither; but its principal characteristic seems to be – what human nature mostly delights in – a fight. Not a fight, indeed, such as would tickle the nerves of coarser natures, where blood flows and the blows delivered leave their visible traces on the bodies of the combatants, but a fight in which the scientific, the artistic, the purely intellectual element holds undivided sway. ‘

Chess is open to everyone, regardless of age, gender, physical or economic status, and offers many specific and profound benefits.

International Grandmasters can play many opponents simultaneously and remember all the moves from each game. They were not born with this skill: they developed it through intense practice and concentration. Memory is the cornerstone of intelligence and the database for creative thinking. All creative thinking is the result of new combinations of recalled ideas. As you learn chess openings and basic patterns of play you begin to flex and strengthen your memory muscles. I have, for example, challenged 107 opponents placed in a giant square around me, at Oxford 1973, and in three hours lost just one game, winning 101 and drawing 5. After the display I could remember all the moves of every single game.

According to Leonardo da Vinci, ‘Iron rusts from disuse, water that does not flow becomes stagnant, so it is with the human mind.’ Much of what passes for mental decline with age results from ‘disuse’. Research has shown that individuals who regularly play mental sports are less susceptible to Alzheimer’s and other diseases associated with advancing years. Chess keeps your mind agile, strong and clear as you get older.

The geometry of Chess is beautiful. The artist Marcel Duchamp believed that: ‘Every chess-player experiences a mixture of two aesthetic pleasures: firstly, the abstract image, linked with aesthetic ideas; secondly the rational pleasure of ideographically implementing this image on the chessboard. Not all artists may be chess-players, but all chess-players are artists.’

Chess is a sensual as well as a ‘purely mental’ delight.’ A good chess set is a work of art. As you play and learn in this vibrant universe of black and white squares, you come to love the feel of the pieces in your hand, and to revel in the dramatic diagonal sweep of the bishop, the delightful leap of the knight, and the powerful thrust of the rook.

Self-knowledge and insight into others

For those given to reflection, chess offers a mirror to self understanding. Can you follow through when you have made a plan? How do you hold up under pressure? Are you impatient? Are you mentally lazy? Can you manage time? Do you play to win or to draw? Does fear of making mistakes prevent you trying something creative? Do you attend to details? Are you a gracious winner, a sore loser?

As well as teaching you about your own strengths and weaknesses, chess can develop your ability to understand others. To succeed at chess, you must learn to. think like your opponent, even if your opponent’s style of thinking is very different from your own.

‘Life is like a game of chess:we draw up a plan; this plan, however, is conditional on what – in chess, our opponent – in life, our fate – will choose to do. ‘

In many areas of life, one can get by with waffling, finger-pointing and obfuscation, but not on the chessboard. Chess is a game of decision-making. The root of the word ‘decide’ means ‘to kill the alternatives’. In chess, you must decide on a move in a given time, make it, and be prepared to live with the consequences. As World Champion Emanuel Lasker commented, ‘On the chessboard, lies and hypocrisy do not survive long.’

Asked what use chess was, the German philosopher Gottfried Wilhelm Leibniz replied that it provided ‘practice in the ability to think and innovate. Wherever we have to make use of reason, we need an elaborate method to reach our goals. And moreover: a person’s resourcefulness is most apparent when playing.’

Innovation and ‘resourcefulness’ are even more important today. The ability to analyse a problem, plan its solution, and then carry out that plan is life’s most important skill. Chess hones this ability in a unique and dramatically effective fashion.

‘Improvement of … endeavour, the prevention of idleness, and the training of far-sighted, logical mental enjoyment. ‘

Jacobus de Cessolis writing in about 1300 about the invention of chess. De Cessolis was a Dominican monk who employed chess allegories in his sermons.

‘Arabian texts of the 10th century AD not only praised the beauty of chess, the authors of the period also recommended chess as an educational aid in the development of logical thinking. They further held the opinion that chess could lead to an insight into things to come, could enhance friendships, and also protect against loneliness. The Arabs became enthusiastic players and all classes of society were enchanted by the game. Even the Caliphs played and were very generous to the masters, the best of whom was As-Suli, showering them with gold and gifts. As-Suli’s fame was so great that he was later credited with having invented the game. Almost 300 years later it was still considered a great honour for a master to be likened to As-Suli. ‘

Even more significant, chess has proved itself a game, like football or boxing, that can lift poor kids out of the ghetto. In London and Berlin , for example, the amazing new sport of Chessboxing (combining the two activities in alternate bouts) has begun to flourish. Unlike physical activities, mental sports , such as chess , present absolutely no barriers to competition of gender, race or physical strength.

It is a grave mistake to think that chess, the intellectual game of profound concentration and Trappist silence, is an anti-social game, or that its players are all drawn from social elites. Throughout the world its appeal is deep-rooted, and it shows that intelligence – like a cultured foot or fist – is no respecter of conditioning or class.