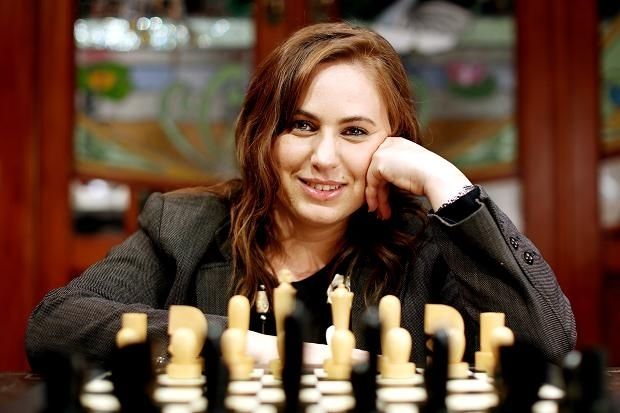 Judit Polgár is a Hungarian chess grandmaster and was the highest-ranking female player until her retirement in 2014. Below is her argument on why talented girls should play in open competitions.

Female chess players, like me, thrive when they play against the world’s best men.

I am used to being cited as living proof that women can play chess at the same elite level as men. When I was 15, I became the youngest grandmaster in the world, breaking the record set by Bobby Fischer more than three decades earlier. It turned out that I was not able to become the overall world champion, but I always strived to fulfill this ambition – and at my peak, I was the eighth highest-ranked player in the world. Even if women think and compete differently, we can attain the same achievements as men: be it in science, art or chess

I could never have reached those heights if I had only been interested in winning women’s titles. In fact, I was only a teenager when I last participated in a women’s tournament – representing Hungary, with my older sisters Zsúzsa and Zsófia as my teammates, in the 1990 Women’s Chess Olympiad. It was great fun, but the chess itself wasn’t very challenging.

I always knew that in order to become the strongest player I could, I had to play against the strongest possible opposition. Playing only among women would not have helped my development, as since I was 13 I was the clear number one among them. I needed to compete with the other leading (male) grandmasters of my time: the likes of Garry Kasparov, Vladimir Kramnik and Viswanathan Anand, all of whom I would go on to beat.

When the Ladies Chess Club was founded in London in 1895 and the first international women-only competition took place two years later, most clubs and competitions didn’t accept women at all. Today, female players can often choose between a female-only section and an “open” section.

During most of my playing career, the performance gap between men and women was slowly narrowing. Federations began providing more coaching and competitions for girls and women. This progress was reflected in improvements in the Elo rating numbers for the leading female players, and by the 1990s women were starting to reach the grandmaster level. But by the end of the 2000s, this catching up seems to have plateaued.

When my colleague Nigel Short argued in 2015 that men’s brains were “hardwired” to be better at chess than women, and that everybody should just accept that as a fact, he caused a media storm. I also think that men and women are different – but Short’s conclusion does not stand up to scrutiny, and the burden of proof is with him. Even if women do think and compete differently, we can attain the same achievements as men: be it in science, art or chess.

The debate is still with us at the conference I’m helping to arrange this weekend in London, Chess and Female Empowerment. The much lower participation of girls and women in competitive chess is still a problem and, crucially, girls in chess are not treated the same way as boys. Coaches and officials are guided by potential successes in girls competitions, which are comparatively easier to achieve. Parents tend to follow what the experts advise. The point is that a talented girl should be inspired to compete in all competitions, just as a boy would.

I know from experience that it is amazingly powerful if your loved ones and your coach believe in your ability. Since retiring from competitive chess, my focus is on education and organizing children’s tournaments: I make a point of never separating girls and boys, nor awarding special prizes for girls.

The higher your goals, the higher you reach. Imagine if the Chinese grandmaster Hou Yifan – who became women’s world champion in 2010 at the age of 16, and is now the highest-ranked female player in the world – had played in open tournaments since her teenage years. She has announced that she is not interested in women’s tournaments anymore, and it will be interesting to see how much this improves her rating.

When the world chess body, FIDE, introduced the titles of woman international master in 1950 and woman grandmaster in 1976, based on much lower performance conditions, it helped to create female role models in the chess world. Today, some women consider these titles patronizing. Meanwhile, national federations use their resources, and public subsidies are creating more female-only competitions. It is high time to consider the consequences of this segregation – because, in the end, our goal must be that women and men compete with one another on an equal footing.