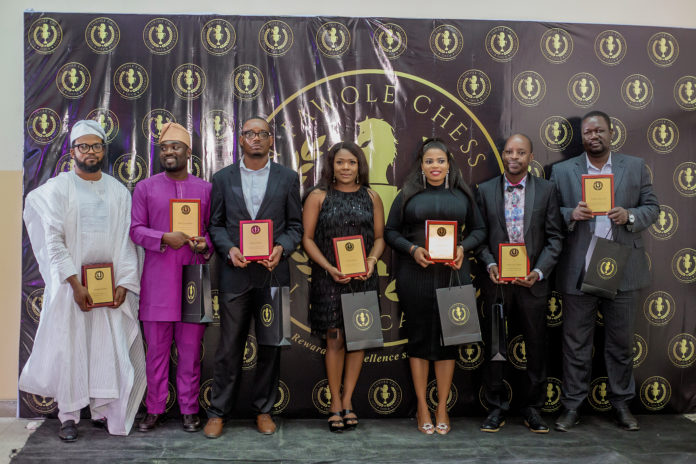 The John Fawole Chess Awards 2019 has come and gone with loads of surprises, fun, games, drama, and laughs. Awards were given to the most deserving chess players, chess contributors, organizers, and arbiters all thanks to the maker and organizers of the awards.

The John Fawole Chess Awards also known as Nigeria Chess Awards is Nigeria’s most prestigious and anticipated chess awards which kicked off in 2016. The organizers and panel of judges of this award are back and out with the full list of awardees for the 2018 year in review.

The list below is what our panel of judges decided after votes were cast online.

7. Award of recognition for most outstanding in WAUG: Daniel Anwuli

8. Award of Recognition for most outstanding in WAUG: Perpetual Ogbiyoyo

10. Award of recognition for the most outstanding grassroot development project -Chess in the slum: Tunde Onakoya

12. Award of recognition for the most outstanding all-time tournament director: Rotimi Dasaolu

23 Awards of Recognition for People who have contributed immensely to the development of Chess in Nigeria.