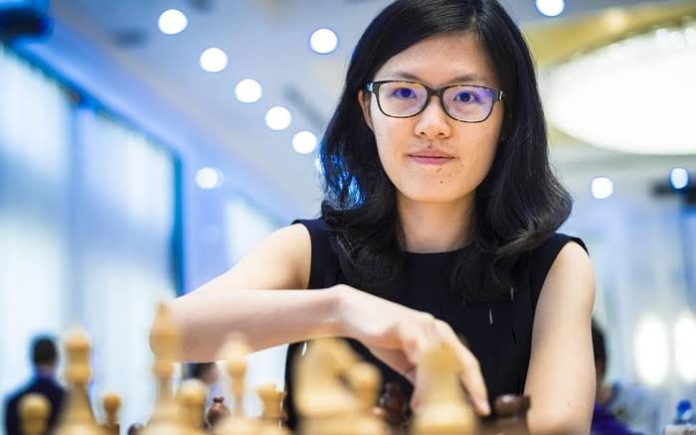 The gender gap in sport may be narrowing, but in the game of chess women may never reach the levels of their male counterparts – according to the world’s best female player.

University of Oxford student Hou Yifan said the cerebral game won’t get a female world champion for decades because women “are less focused” than men, don’t train as hard and are at a physical disadvantage.

The 25-year-old, who is often referred to as the Queen of Chess’, has opened a row in the normally genial world of chess.

Her comments follow a controversial claim by English Grandmaster Nigel Short that men and women should just accept they are “hard-wired very differently”.

Short, who was widely criticised for his stance, said he “would have been ripped to shreds as a misogynist dinosaur” if he’d said the same as Hou.

Speaking to chess.com, Hou said: “Theoretically, there should be a possibility that a woman caup in the compete for the title in the future, but practically I think that the chances of this happening in the next few decades are very small.

“I do think the average rating of female players could improve, but the gap between the top women right now and the players competing for the world title is really quite large.

“But if you look at any sport, it’s hard to imagine girls competing at the same level as men.

“I think there is a physical aspect because chess exhausts a lot of energy, especially when games last 6-7 hours, and here women could be more disadvantaged.

“But in general, I think women train less hard at chess compared to men while they’re growing up.

“In China, girls tend to think more about university, and then things like family, life balance… while boys are more focused and persistent on that one thing.

“This makes a big difference. The ones who put greater effort in achieving better results. But I also think there are external factors too.”

In chess, there is the World Championship which is open to all and is currently held by the Norwegian Magnus Carlsen. Since its inception in 1886, all 16 undisputed champions have been men.

There is also a parallel Women’s World Championship and women-only tournaments designed to encourage female participation in the sport.

However, while Hou is a four-time winner of the women’s crown, in recent years she has chosen not to compete in women’s events in order to compete against higher-ranked players.

Hou, who became a Grandmaster aged 14, is the number one ranked female player but number 87 among men and women. She is one of just three women, along with Judit Polgar and Maia Chiburdanidze, to have cracked the world’s top 100.

However, there is a big gap between Hou’s rating and the top men. By comparison, Hou’s current rating is 2659, while world number one Carlson is more than 200 points higher on 2876.

The next strongest female player is another Chinese player, Wenjun Ju, way back at world number 288 with a rating of 2586.

Hou said: “Growing up, female players are told, ‘If you win the girls’ title, we’ll be really proud of you, and this is a great job!’ It’s unlikely that any of them were told, ‘No, you should be fighting for the overall title!’

“Girls are told at an early age that there’s a kind of gender distinction, and they should just try their best in the girls’ section and be happy with that. So without the motivation to chase higher goals, it’s harder for girls to improve as fast as boys as they grow up.”

Asked if she believes there are any gender differences in the way men and women play the game, Hou added: “To me, in all aspects of life, sometimes women and men tend to see the same thing from completely different perspectives, and that also comes into chess.

“I suspect that the male perspective on chess favours men, perhaps when it comes to the emotional aspect of the game and making practical and objective decisions.

“To put it simplistically, I think male players tend to have a kind of overview or strategy for the whole game, rather than focusing too much attention on one part of the game. It could be interesting to explore this further. I need to do more research to answer this properly!”