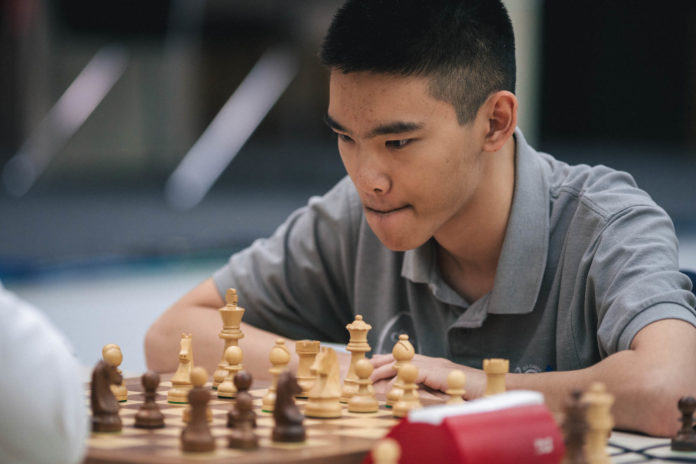 Jeffery Xiong is through to the quarterfinals at the 2019 FIDE World Cup, defeating Jan-Krzysztof Duda Sunday in the third round of tiebreaks by a final score of 4.5-3.5. Xiong is now the last American standing in the knockout event, and he will play Teimour Radjabov beginning on Monday. Leiner Dominguez was eliminated by Alexander Grischuk by a score of 2.5-1.5.

The match between the 21-year-old Duda and 18-year-old Xiong was the only pairing in the playoff to advance to the blitz round. The two pugilists traded wins back and forth, delighting commentators, fans, and punters alike.

After Xiong drew in the first blitz game with Black, he played ambitiously against Duda’s Alekhine’s Defense and took the point and match in 32 moves. IM John Watson annotates Xiong’s win exclusively for CLO.

Leinier Dominguez’s tournament run came to an end with a 2.5-1.5 loss to Alexander Grischuk. After drawing the first rapid playoff game, Dominguez lost with Black in the second game and was eliminated, as Watson explains in his annotations.