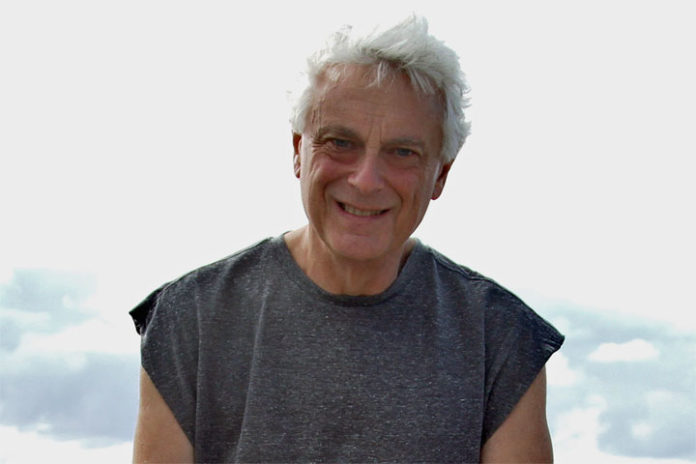 Problem solving is a challenging field, with young participants generally dominating. There is one exception. Year after year a British mathematician, grandmaster and chess writer gives the strongest and brightest a run for their money. This year 64-year-old John Nunn finished a close second, behind the youthful Polish solver Piotr Górski. John has sent us a full report with examples of the tasks that the solvers faced. You can match your wits against them.

The 43rd World Chess Solving Championship took place during August in Vilnius, the capital of Lithuania. The comfortable and efficiently organised event was held in the Crowne Plaza hotel, which was conveniently situated almost opposite a large park, which provided plenty of chances for walking in between the solving events.

Vilnius has a modern business sector, but the old town is full of attractive historical buildings, especially churches.

The Crowne Plaza and the Church of St. Casimir

A giant rook on the top of a hill

A view along the River Neris

As usual, the day before the World Championship there was an Open Championship, which functions as a warm-up event and which is open to anybody, not just the selected national representatives. I found two of the problems from the Open Championship particularly appealing, and you can try them for yourself.

Give yourself ten minutes for the first problem if you would like to simulate tournament conditions. Although there are many pieces on the board, the second problem can be solved with only a small amount of analysis if you tackle it logically. Time allowed: 20 minutes

I felt that I had done well in the Open Solving and this was borne out when the results were published. There was a total of 100 participants, and I had finished in second place, with 52 points out of 60, behind World Champion Piotr Murdzia on 55.5. Here are all twelve problems with their solutions.

The following day was the first of the two-day World Championship proper, which is for both individuals and teams. The Polish team, having won the previous ten World Championships, were again expected to finish in first place, although the young Russian team, who had unexpectedly toppled the Poles in May’s European Championships, seemed likely to provide a serious challenge.

The first day consists of mates in two, mates in three and endgame studies. The following two are chosen from the first two rounds.

The two-move and three-move rounds were both fairly easy, so after two rounds there were a large number of solvers on 100%. That changed in the study round, which was tough, and only five-times World Champion Kacper Piorun managed to score 100%. I had my worst-ever round in a World Championship, and scored a miserable 3 points out of 15. At the end of the first day, Kacper Piorun was in first place with 42 out of 45, followed by Eddy van Beers and Jonathan Mestel. When the results of the first day were posted, I noticed that my name wasn’t even on the first page, and I found it on page 2 in 27th position. In the team rankings, Poland were first followed by Great Britain (actually United Kingdom, but for some reason the country is always called Great Britain in solving competitions!) and Serbia.

It often happens that the standings at the end of the first day are reflected in the final positions, with all the top solvers performing roughly the same on the second day. This time, however, it was different, with the leaders faltering and allowing other solvers to take their places at the top. The problems were certainly more difficult on the second day and really good scores were few and far between. The second day started well for me when I scored 100% on the helpmate round, although it was a close-run thing as I only solved one problem in the last minute.

In a helpmate, both sides are cooperating to help White mate Black (although the moves must still be legal). Black moves first, with White mating Black on his third move, so the sequence of moves goes B W B W B W mates. There are two such sequences and to get full marks you need to find both. Time allowed: 20 minutes. Kacepr Piorun lost his leading position after failing to find either solution to this problem.

The round of moremovers (mates in 4 or more) also proved difficult, and although I wasn’t happy with my 10/15, it turned out that this was one of the better scores. Russian junior Aleksey Popov was the only solver to score full points and the defending champion, Piotr Murdzia, only managed 5 points. The position above right was the easiest of the three moremover problems, but even so you may find it far from simple. Time allowed: 30 minutes

The last round consists of a selfmate in 2, a selfmate in 3 and a long selfmate in 4 or more moves. The long selfmate is generally the toughest problem in the whole competition. It was no exception this time, with only four solvers from 91 scoring any points at all. This year a new scoring system was being used which involved scores being given to one decimal place, and the 1.6 points I gained on this final problem proved crucial, as the top few solvers were separated only by fractions of a point. Aleksey Popov was once again the best performer, and the only solver to crack all three selfmates.

In a selfmate, White is trying to commit suicide by forcing Black to mate him. Black is doing his best to avoid mating White. White plays first and must force Black to give mate on his second move (at the latest).

The solutions to all these problems will be published later, to give readers a chance to solve the seven problems themselves.

When the last solution sheet is handed in, I normally have a rough idea where I have finished, even before the results are announced. But this time I had no idea at all. It was clear that all the top scores would be very close. There was much anticipation while the markers went through the papers, and when the results were announced I was pleasantly surprised. The new World Champion was Piotr Gorski with 70.3 points from 90. The stranglehold which Murdzia and Piorun had held on the title for the past eight years had been broken, albeit by yet another Pole. I was delighted to finish second, with 69.6 points, especially after my abysmal first day. Third was Eddy van Beers (Belgium), with 69.5, just 0.1 points behind me.

The British contingent could be well satisfied with the result. It was always going to be hard to come ahead of Poland or Russia but third place was a creditable result, ahead of several strong solving countries, such as Serbia and Germany.

Standing at the right in the above picture is Harry Fougiaxis, president of the WFCC (World Federation for Chess Composition). The caption could just as well have been ‘Winners in the junior section’ as these three (in the order Popov, Moiseev, Pavlov) were the three top-placed juniors in the World Championship.

The winning teams looking pleased with their success [click to enlarge].

The team results were Poland 150.1, Russia 147.5 and Great Britain 140.6, so the Poles did indeed make it 11 in a row and although the Russians were close on their heels, they were unable to recover from a poor first day.

Winton is the longstanding sponsor of the British Chess Problem Society, which organises the Winton British Chess Solving Championship each year. A research-based investment management company, Winton has a singular focus on statistical and mathematical inference in financial markets. Founded in 1997 by its CEO David Harding, the firm now manages approximately $20 billion of assets for many of the world’s largest pension funds, sovereign wealth funds, banks and fund platforms. Working at Winton appeals to highly numerate people who love puzzles and challenges.

If you would like to find out more about chess problems, then check out the website of the British Chess Problem Society.

John Nunn has recently published Chess Tactics Workbook for Kids, his first book since John Nunn’s Chess Course back in 2014. It’s his first book aimed specifically at a youth audience and is a far cry from his books for more advanced players. It contains over 400 tactical exercises, starting from the most elementary. A pdf sample may be downloaded here.

The printed version can be obtained from a wide range of retailers, including Amazon (here in the UK and here in the US).

In addition to the printed book, there is a Kindle version (available here in the UK and here in the US) and a version for Gambit’s Chess Studio app.