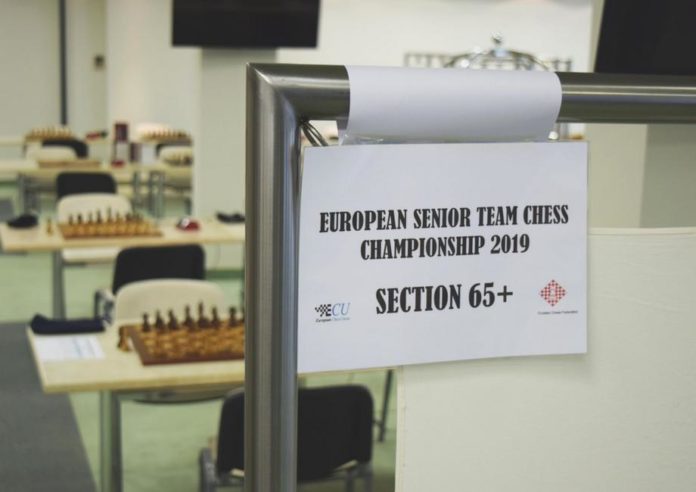 European Senior Team Chess Championship 2019 kicked off in Mali Losinj, Croatia. The event will stretch over 11 days (17th-27th September 2019). A short opening ceremony preceded the first round, which started at 3 PM (local time).

The participating teams will play 9 rounds (Swiss system), with time control 90 min for 40 moves + 30 min for the rest of the game + 30-sec increment for every move played starting from the first move. The total prize fund of the event amounts to 7,000 EUR.

The list of main contenders for the titles includes top-rated teams such as Russia (RtgAvg:2451), Sweden 1 (RtgAvg: 2236) Finland 1 (RtgAvg:2231), and Germany (RtgAvg:2227). The event takes place in 4 stars Hotel Aurora, the official hotel of the Championship together with the 4 stars Hotel Vespera, located next to the playing venue.