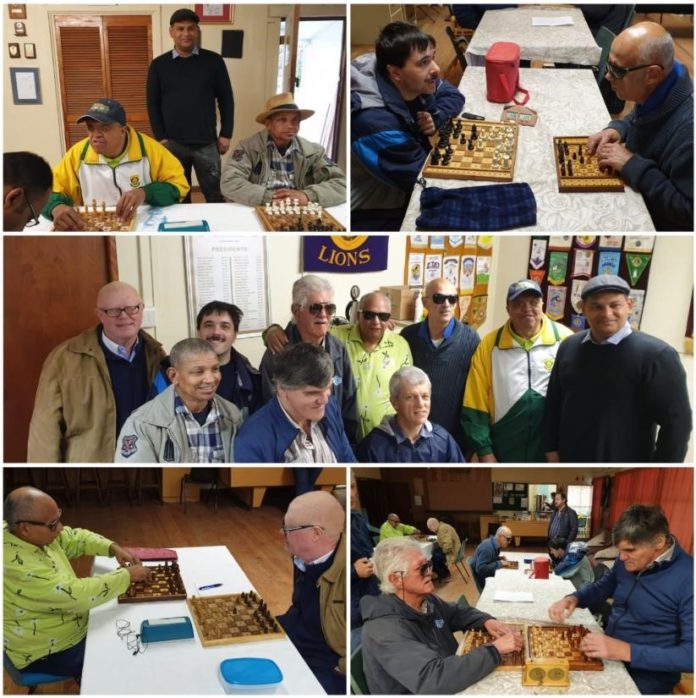 The Western Cape Provincial Sport and Recreations Awards took place last night at a glittering function on Saturday 14 September 2019. There were many categories and nominees came from across the province. Chess players and coaches were nominated in a few categories. Let’s see how they fared.

The girls have been playing chess since 2015. They are members of the Uitkyk Pioneers chess team since its inception. The team won in 2018 the West Coast Schools Chess top schools championship.

In the category After School Sport Coaching Excellence programme, the award was won by Mr. Lukhanyo Xhonti from Masiphumelele, Cape Town. He has beaten the odds to bring chess to the learners of Ukhanyo Primary School. Having only started playing in early 2019, two of his 12-year-old learners placed 3rd and 4th in the Under 16 Cape Town Games in the under 14 age group. The Ukhanyo team have also qualified for the WP regional trials this year.

The star-studded affair had a host of dignitaries including Dr Omar Esau, the Western Cape Chess President. I asked him about the winners, and he replied that he was very happy that chess is being extended to all areas of the Western Cape.

The Chess Western Province Mr. Eugene Steenkamp also attended the gala dinner held at Old Mutual in Pinelands in Cape Town. He was very happy to see Lukhanyo Xhonti winning this section and he is looking forward to more strong chess players from the Masiphulmelule area.

In George, Oudtshoorn and MRL team member Gerrit Hendricks competed in the OCC wheelchair race on Saturday 14 September. The race is a qualifier for the Para championship events that take place in South Africa and Africa. The various newspapers on the Garden Route reports that Gerrit has been an inspiration to an entire generation of athletes with a disability on the Garden route and in the Western Cape. Gerrit has participated in every Outeniqua challenge since 2006. He did not finish in 2006 but that only served to encourage him further. Since 2007 he finished on the podium except for 2017 when he had to withdraw because of mechanical failure.

Gerrit said that for athletes with a disability that the OCC is the highlight of the year. He said that he

has a love- hate relationship with the OCC. It becomes very psychological and your mind starts telling you about all the things that can go wrong. The highlight of his carter was competing in the 2015 All African Games in Brazzaville, Congo. Gerrit lost the use of his lower body after a car accident when he was nine. He graduated from Stellenbosch University in 2000. He played chess for Stellenbosch university then and that’s when I met him. He still competes in many chess events like the Knysna Oyster chess festival rapid and last year played board 8 for the MRL club when they played Steinitz. He lives in Oudthoorn and works as a passenger information agent at ACSA at the George airport.

The SA Braille top event is also taking place this weekend in Durbanville. The Braille chess players are not so active as they used to be, but they love the top event which chooses players for various competitions.

So quite a few things happening this weekend.