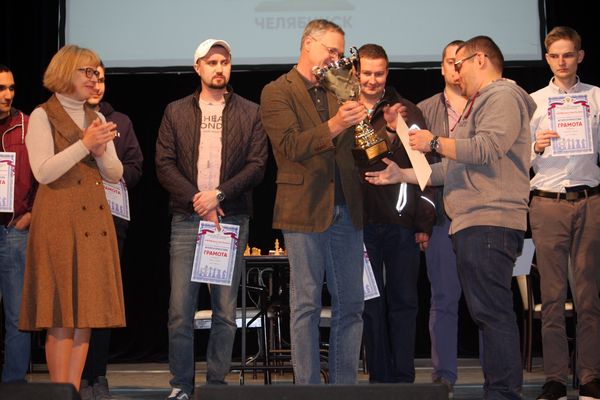 The Igor Kurnosov Memorial, a stage of the Russian Rapid Grand Prix, finished in Chelyabinsk. The winner is Sergei Mosvesian (Armenia) who scored 9 points out of 11 and edged out Pavel Ponrkatov (2nd place, Russia) and Vitaly Sivuk (3rd place, Ukraine).

Sergei Movsesian is an Armenian chess player. He was awarded the title Grandmaster by FIDE in 1997. He was a member of the gold medal-winning Armenian team at the 2011 World Team Chess Championship in Ningbo.

For the women category, Valentina Gunina showed the best result among women, Tagir Salemgareev is the first one among juniors, while Evgeny Sveshnikov (all from Russia) took the first place for women category among seniors.