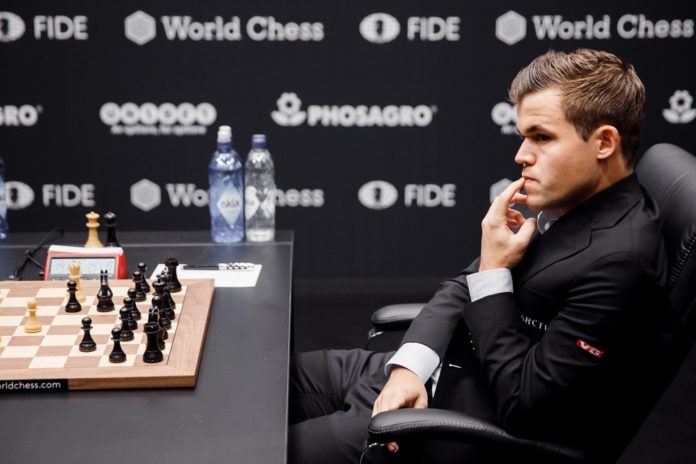 When you are a great chess player and you combine it with business, you are not only a world chess champion, you are a super businessman. This is the case of Magnus Carlsen, the current Chess world champion.

Chess world champion Magnus Carlsen’s company Play Magnus AS has purchased the UK-based chess training platform Chessable.com, in a move that marks the Grandmaster’s latest attempt to conquer the lucrative world of online chess. The purchase, the price of which has not been disclosed, comes just months after the March merger of the Norwegian player’s company with online chess platform Chess24.com, which streams tournaments and connects players with online opponents from around the world.

Chessable was launched in 2016 by chief executive David Kramaley, then a psychology graduate student at Bristol University. The platform hosts courses pitched at levels from beginner to expert, and includes interactive demonstrations, text explanations and video tutorials. The courses, which cost up to $150 and include such dramatic titles such as “The Killer Dutch Rebooted” and “Go for The Throat: Play 1.d4”, also claim to incorporate insights from the science of memory and learning.

“We’re a platform that guarantees that you can actually remember what you study,” said Mr Kramaley, noting that Chessable makes use of the learning technique of “spaced repetition”, in which users are regularly reminded to review the openings, gambits and checkmates they have learnt.

40,000 people use Chessable each month, a respectable but not industry-leading figure — Chess.com, by comparison, has 30m members. Chessable’s user base skews towards more experienced players and includes the chief executives of several European and American companies, said Mr Kramaley.

Play Magnus’ services, meanwhile, cater to a broader but less chess-obsessed audience, with around 1m monthly active users. The outfit was founded in 2013 with an eponymous app that allows users to play against a chess bot that simulated Mr Carlsen at different ages, starting from five years old. The company is owned by Mr Carlsen, his co-founders, and a mix of Norwegian and international investors.

Nicknamed the “Mozart of Chess”, Mr Carlsen became a grandmaster at the age of 13, and won the World Chess Championships for the first time in 2013, when he was just 22. Since then, he has seen off a bevy of challengers and will defend his title again in 2020. His ventures into the business of online chess mark him out as unusual among professional chess players in capitalising on his high profile.

Chess has become big business in recent years, especially as artificial intelligence breakthroughs have brought new buzz to the game. The precise number of chess players around the world is difficult to calculate, but credible estimates put the figure well into the hundreds of millions, many of whom are willing to spend considerable sums to improve their game.